General
News ID: 3474642
TEHRAN (IQNA) – The culture of volunteer work is an important part of Muslim society throughout the year but especially during Ramadan. 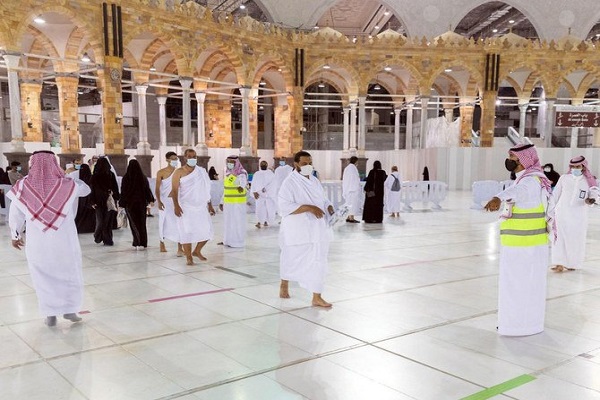 This is a time of deep faith during which positive behavior and selfless acts are encouraged.

Nowhere is this more evident during the holy month than in the halls of the Grand Mosque in Mecca, where volunteers from the public and private sectors and charities work tirelessly to maintain it and serve pilgrims from around the world.

The General Presidency for the Affairs of the Two Holy Mosques, represented by the General Administration for the Coordination of Voluntary Work, said it has been working to recruit these volunteers and provide them and staff at the mosque with the training they need to ensure that their work is carried out in accordance with all the precautions that are in place protect the health and safety of pilgrims.

It has made efforts to spread the culture of volunteer work, improve its effectiveness and increase volunteer opportunities by adopting the latest methods and best supportive practices. By the beginning of Ramadan, 132 volunteers were working at the mosque each day.

The presidency said that some of the most important volunteer activities include helping elderly and disabled people to move through the mosque, organizing prayer rooms and corridors, monitoring security cameras at the entrances, and ensuring that social distancing rules are followed.

The Saudi Red Crescent Authority has also stepped up its voluntary activities during Ramadan, and has deployed throughout the mosque medical and emergency teams equipped with the latest medical equipment and supplies.

The authority revealed that 500 of its volunteers are working at the mosque during Ramadan, and added that during the last 10 days of the holy month it aims to increase the number of hours of voluntary work. It also provides buses to transport volunteers from Jeddah and within Mecca to the Grand Mosque.