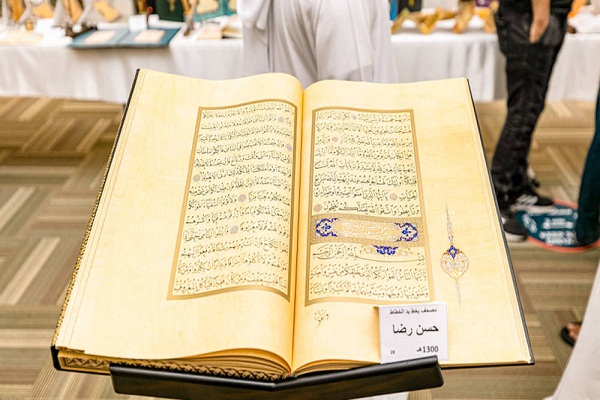 The manuscripts showcase the diversity of calligraphy styles and other Quranic arts such as Tazhib (illumination), especially those used during the Ottoman era.

The copies belong to Emirati calligrapher Ali al-Himadi, who has also launched a Quranic calligraphy workshop at the library.

He teaches the participants how to inscribe the Quran in the style used in old manuscripts.

He says holding such exhibitions and workshops encourages people to preserve old manuscripts.