General
News ID: 3474867
TEHRAN (IQNA) – An international conference titled “Imam Khomeini and the Contemporary World” is planned to be held this week at the mausoleum of Imam Khomeini south of Tehran. 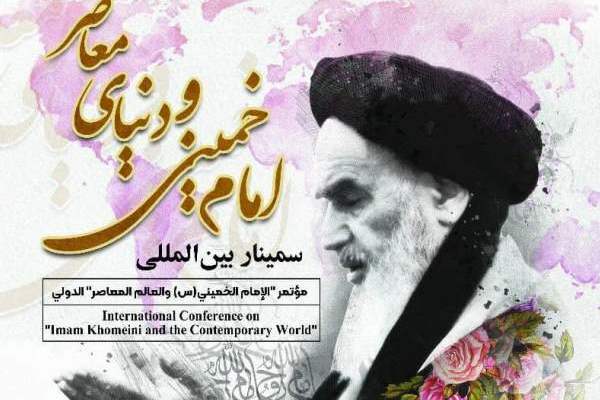 Slated for Thursday, June 3, from 5 PM to 8 PM local time, it will mark the 32nd demise anniversary of the late founder of the Islamic Republic of Iran.

According to the schedule, it will open with a welcome speech by Hojat-ol-Islam Ali Kamsari, who heads the Institute for Compilation and Publication of Imam Khomeini's Works, followed by a keynote address by Ayatollah Seyed Hassan Khomeini.

Speakers at the international forum will include Mostafa Rostami, representative of the Leader of the Islamic Revolution in universities, Abolhassan Navvab, president of the University of University of Religions and Denominations, Saeed Jazari, president of Ahl-ul-Bayt (AS) International University, Shafiq Dayoub, Syria’s Ambassador to Iran, and Nasser Abu Sharif, Palestinian Islamic Jihad Movement’s representative in Iran.

Also, recorded messages from Palestinian Ambassador to Iran Salah al-Zawawi and the deputy secretary general of Lebanon’s Hezbollah resistance movement, Sheikh Naim Qassem, will be played at the event.

It will be broadcast live here and here.