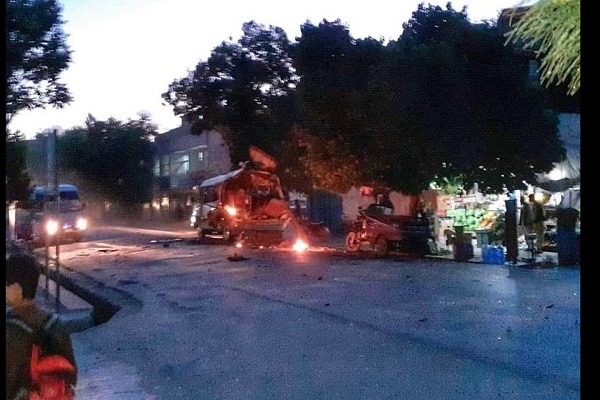 The initial two bombings, both targeting minivans, happened in a mostly ethnic Hazara area of the capital, said Rushan.

The first exploded near the home of a prominent Hazara leader, Mohammad Mohaqiq, and in front of a Shia mosque. Most Hazaras are Shia Muslims. The second bomb also targeted a minivan but Rushan said details were still being collected.

Police cordoned off the two areas and investigators were sifting through the rubble.

There was no immediate claim of responsibility for the bombings. The Daesh (ISIL or ISIS) affiliate operating in Afghanistan has previously declared war on minority Shia Muslims, who make up roughly 20 percent of the majority Sunni Muslim nation of 36 million people.

The Daesh (ISIL or ISIS) affiliate previously claimed responsibility for several attacks in May on Afghanistan’s power supply stations in Kabul and in several other provinces.

On May 8, a car bomb and two roadside bombs exploded outside the Syed-al-Shahada girls school, also in a predominantly Hazara neighborhood, killing nearly 90 people, many of them students. No one has claimed that attack.