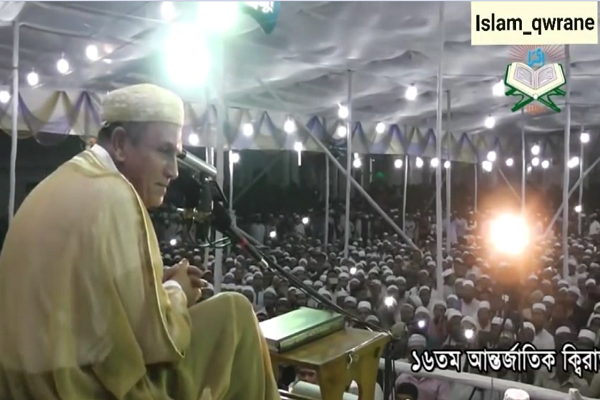 The following footage features his recitation of Surah Ad-Dhuha (93) of the Quran at Andar Killa Mosque in Chittagong.

The recitation, performed during the 16th International Qira’at Conference Bangladesh, was received warmly by the audience at the mosque.

Noaina is a top Qari who has mastery over the ten styles of Quran recitation and has recited the Holy Book in international events in Egypt for decades.

He has recited the Quran before many heads of Muslims states, including kings, presidents and prime ministers.

That is why he is known as Qari al-Muluk (Qari of kings), though he does not like the title very much.

In addition to being a Qari, he is a memorizer of the entire Quran and a physician by profession.

Zionist Forces Crack Down on Palestinian Protesters in Al-Quds Neighborhood