General
News ID: 3474966
TEHRAN (IQNA) – Paul Pogba removed a bottle of alcoholic drink that had been placed in front of him to advertise the beverage sponsor. 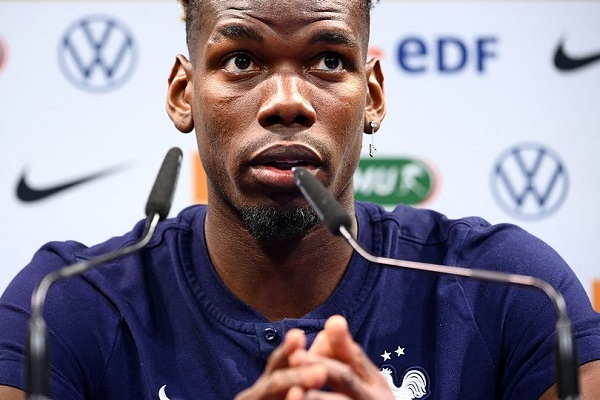 The Manchester United midfielder is known to be a devoted Muslim and, therefore, didn’t want to be associated with anything alcoholic.

Pogba did this when he appeared in a post-match press conference after France’s 1-0 win over Germany in their opening game at Euro 2020.

The 28-year-old seemed unhappy that a bottle of Heineken was placed in front of him and quickly removed it from there, pulse.com.gh reported.

The five-time Ballon d’Or winner pushed aside the bottles of Coca-Cola and urged fans to rather drink water.

It is unknown if the two players will face any sanctions, as Heineken and Coca-Cola are both main sponsors of the European Championships.

Meanwhile, Pogba put up a scintillating performance as France edged rivals Germany 1-0 in Munich on Tuesday.

The former Juventus star was named man of the match after dominating the midfield duel and providing the pass that set up Lucas Hernandez, whose cross resulted in an own goal from Mats Hummels.