General
News ID: 3474981
TEHRAN (IQNA) – The Palestinian Authority said Friday it cancelled a swap deal that would have seen Israel provide it with one million COVID-19 jabs, as the doses were "about to expire". 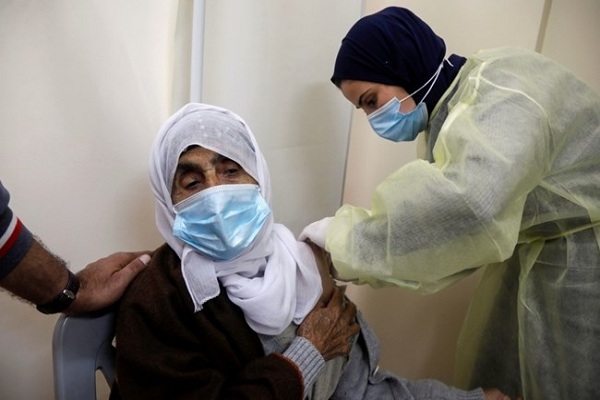 Israeli officials earlier Friday had announced the deal, saying Tel Aviv was to provide the doses to the Palestinian Authority as their expiry date loomed.

The PA, based in the occupied West Bank, had confirmed the delivery "in the coming days" of a million vaccine doses, without mentioning an agreement with the Israel.

The Palestinian health ministry had said in a statement that Pfizer was behind an initiative to "accelerate the vaccination campaign".

But PA spokesman Ibrahim Melhem said later Friday that an initial delivery of some 90,000 Pfizer doses failed to conform "to the specifications contained in the agreement, and accordingly prime minister Mohammad Shtayyeh instructed the minister of health to cancel the agreement", according to AFP

After the technical teams in the ministry of health examined the first batch of the Pfizer vaccines that were received this evening from Israel, it became clear that the 90,000 doses received do not conform to the specifications contained in the agreement,” said PA spokesman Ibrahim Melhem at a joint press conference with Minister of Health Mai Alkaila in Ramallahin the occupied West Bank on Friday.

“Accordingly, Prime Minister Muhammad Shtayyeh instructed the minister of health to cancel the agreement with the Israeli side on exchanging the vaccine and returning the quantity that was received today to Israel,” Melhem added.

Alkaila said at the presser that under the agreement, the first batch of the Israeli vaccines had to expire in July or August, while those collected Friday would expire in June.

"They told us the expiration date was in July or August, which would allow lots of time for use... But (the expiration) turned out to be in June. That's not enough time to use them, so we rejected them," she said.

Earlier on Friday, Israeli Prime Minister Naftali Bennett’s office said in a statement that the regime would “supply” around one million doses of Pfizer vaccines “that are about to expire” to the PA in exchange for a similar number of fresh doses of the same vaccines the Palestinians expect to receive from its developer company later this year.

Since the announcement, Palestinian officials came under heavy criticism on social media over the agreement on receiving soon-to-expire vaccines from Israel, with critics suggesting that the doses might not be effective.

Rights groups say Israel, as an occupying regime, is obliged to provide Palestinians with COVID-19 vaccines.