General
The link was copied
News ID: 3475121
TEHRAN (IQNA) – Myanmar’s Muslims are vulnerable after the coup in the country and the fall of the Aung San Suu Kyi government a scholar said. 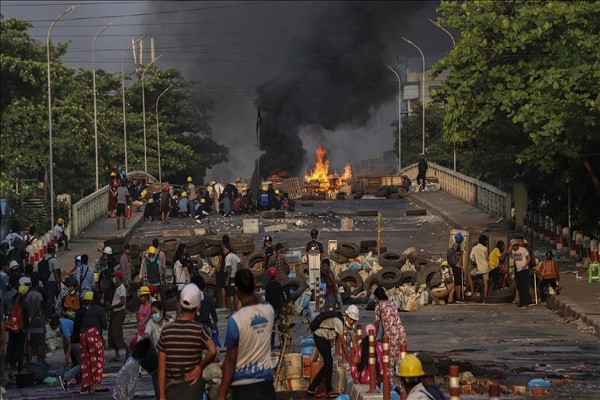 “Muslims are vulnerable after the coup, particularly having joined in the Civil Disobedience Movement after the February coup and having [mostly] supported Ms Suu Kyi and the NLD party, Robert Anderson, a professor emeritus in Simon Fraser University Vancouver Canada, told IQNA in an interview.

“A tiny fraction of Muslims may have voted for other parties and even for the USDP, sometimes for quite local reasons. At least two Muslims were elected for the NLD to Parliament in November,” he added.

Robert Anderson was trained as an anthropologist at the University of Chicago and is now professor emeritus of communication at Simon Fraser University in Vancouver Canada. He first visited Myanmar in 1962 when he was nineteen, and first visited the Arakan/Rakhine coast in 1973. He has been to the country many times and is now writing a history of Myanmar in the 1940s. He has been to the banks of the Naf River but has never crossed over. He says ‘I am not an expert about the Rohingya. Real experts are much closer to the scene than I can be here in Canada; expertise is found among the Rohingya and their immediate neighbors, and real experts speak several languages.’ He is also assisting the University of Yangon with a new graduate Program on Environmental Studies. 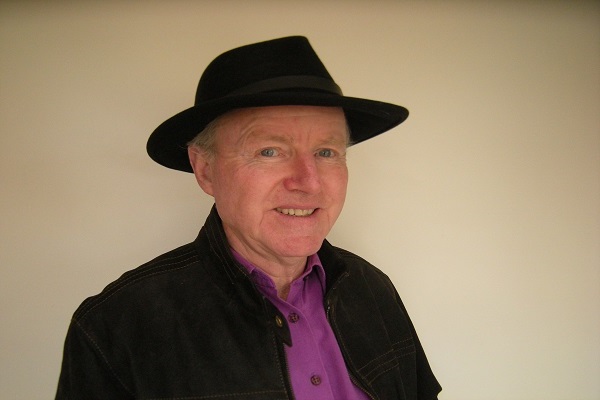 IQNA: After the coup in Myanmar and the fall of the Aung San Suu Kyi government, some believe that the general situation in the country is deteriorating due to recent developments. How do you assess the developments?

Anderson: The situation for ordinary working and middle class people has definitely deteriorated. The banks didn’t function for months, hospitals and schools were closed. Business was frustrated by absence of internet and banks. The COVID Program was disturbed and delayed, although when India would no longer supply vaccine, the Chinese decided to do so. The streets became unsafe due to police behavior. There were new regime-introduced incentives to obey and comply with the new government, including offers of the vaccine. All committees of state and municipal governments were dissolved, budgets put on the shelf. Universities were closed for months and are opening under duress. What is equally adverse is that people no longer have confidence in official reports, and have become suspicious again, rather like the years before 2010. However now even the widespread use of the mobile phones for communication is risky due to deep state surveillance. The best way to follow the Senior General’s view of the world and of the local situation is to read The Global New Light of Myanmar. Today he returned from a courtesy trip to Moscow, wearing a mask of course. Russia and China continue to block free and frank discussion of Myanmar issues in the Security Council of the UN in New York.

IQNA: What was the main reason behind the Myanmar military coup?

Anderson: Even though there was public dissatisfaction with the Parliamentary Government before the election and particularly with the governing National League for Democracy party (NLD), the election result on 8 November 2020 gave a majority of seats to the NLD. The military-backed party, the Union Solidarity and Development Party [USDP], directed by retired Army officers, lost seats and thus could not control Parliament. Some of those officer-politicians claimed that results in their districts were fraudulent and said they would go to court to prove it. Perhaps imitating Donald Trump, but without saying so, in December 2020 a few officers said their election had been stolen. The USDP had never before November 2020 had to share power in a formal sense, because they have always been backed by the military. If you gather ten insider experts, they will probably give you seven different probable reasons for the coup on 1 February 2021. In retrospect it seems the military objective was to disable the NLD government and to forever disqualify its leader Ms Suu Kyi from participating in state politics. All other reasons for the coup should be appraised however, nothing should be dismissed. But although the senior military leadership under General Min Aung Hlaing have appeared unreasoning since November and particularly since February, by their narrow logic they have good reasons for their behavior. Their problem is that very few people outside the military family has agreed with their logic.

IQNA: Do you think the situation of Myanmar Muslims will change after the coup and the establishment of a military government?

Anderson: If there is something which Muslims have and which the military/business establishment wants, then Muslim communities will enjoy (or suffer) more attention. But no more than other communities. Muslims are vulnerable after the coup, particularly having joined in the Civil Disobedience Movement after the February coup and having [mostly] supported Ms Suu Kyi and the NLD party. A tiny fraction of Muslims may have voted for other parties and even for the USDP, sometimes for quite local reasons. At least two Muslims were elected for the NLD to Parliament in November. Rich families have long known the methods to keep “out of sight” but the poor Muslims are, like others (Buddhists, Hindu, Christians, etc) exposed and vulnerable. It is time to stop thinking of Muslims in Myanmar as one singular kind of person, with one singular socio-political structure engaging one community. The fact is that the entire history of Islam with all its variety, going back to the 12th century in this part of the world, has been present and flourishing in Myanmar. Both for refuge and for opportunity Muslims have arrived there, or have themselves converted to Islam there, for hundreds of years.

Of course they do have some interests in common, and as Muslims they pray and observe some common rituals and festivals. Most of them, if asked, say they’d like to go on the Hajj. But those common links are matched by their differences. There are three or four kinds of “Chinese” Muslims, nine kinds of “Indian” Muslims, three kinds of Thai-Malay Muslims, etc. Why do I use quote marks “” around those code words? Because these communities are all what was once called Burmese, and now is called Myanmar. Their knowledge of Indian or Chinese languages has slipped, it is no longer their common speech though might have been described as their grand-mothers’ mother tongue. Most them are now multi-lingual. Therefore, like Myanmar Sikhs and Myanmar Catholics, and all the others, Myanmar Muslims are supposed to be authentic full-citizens. But military control of the state, usually backed by big business, and applying racial-category laws, has meant that one kind or type of person has been played off against another type, and Muslims have been included in that endless zero-sum game. The result is that some have full rights and some don’t.

IQNA: Some believe that Ms Suu Kyi and NLD government's treatment of Muslims and its lack of support have prevented it from receiving universal support, especially from Islamic countries. Do you agree?

Anderson: Ms Suu Kyi and the NLD had important Muslim allies during the ten years which preceded her release from house-arrest and the opening of politics, say from 2001 to 2011. But anti-Muslim sentiments, occasionally stirred by local opportunists (including a couple of extremist Buddhist monks), required more than her soothing speeches when she came to prominence. Once in control of some of the instruments of state power (but not of the instruments of force) Ms Suu Kyi showed poor judgement during 2017-2019 state attacks on the Rohingya Muslims near the Bangladesh frontier. She was also cornered by the hostility of the Army to the Rohingya. Although other Myanmar Muslims have never identified strongly with those vulnerable (and often-stateless) Rohingya people, her weak handling of the Rohingya issue proved to all others that Muslims should not expect much from her. Her equivocal and ambivalent performance at the International Court of Justice at The Hague in December 2019 dulled the international willingness to work with her and her government on these rights issues. Whether they approved of Ms Suu Kyi or not, the Organization of Islamic Cooperation should have intervened for Muslims in Myanmar. So too the Muslim majority members of ASEAN (namely Indonesia, Brunei, and Malaysia), key members of the region’s inter-state system, should have intervened – but they did not and are not going to. Their neighbors the Chinese, the Indians, and the Thais are also inactive. Sanctions are ineffectual up to today. No one knows precisely how to influence the generals in Nay Pyi Taw. There are methods to achieve it but they are considered very dangerous to discuss.

IQNA: How do you think Myanmar's future will change in light of recent developments?

Anderson: If I knew the best answer to that question I’d be considered a far-sighted guru and that is not a safe thing to be under the present circumstances. I am also an historian of the 1940s in Myanmar. I see many painful repetitions of the 1940s when people then experienced a kind of chaotic and violent martial law during that ten-year period. I am also familiar with day-to-day conditions in Myanmar from 1999 onward. I see now many painful repetitions of those pre-2010 martial law conditions under General Than Shwe’s government called SLORC. I hope other forces within the military can re-direct their energy away from this current illogical and irrational direction. Allies of change who are outside can do much to help and bring pressure: The Foreign Ministry of Iran could skillfully raise this issue. The various peoples of Myanmar, including its significant Muslim communities, are as capable and competent as any peoples anywhere. They just need to show courage and patience once again, and introduce new ideas to break the vicious cycle, new ideas such as we heard last month to grant citizenship to anyone born in Myanmar including Muslims who are also Rohingyas.