Those Entering Grand Mosque, Holy Sites in Mecca without Hajj Permit to Be Fined

General
The link was copied
News ID: 3475149
TEHRAN (IQNA) – Anyone found attempting to access Mecca’s Grand Mosque, the area around it and the holy Hajj sites without a permit from Monday till the end of the annual pilgrimage will be fined SR10,000 ($2,666). 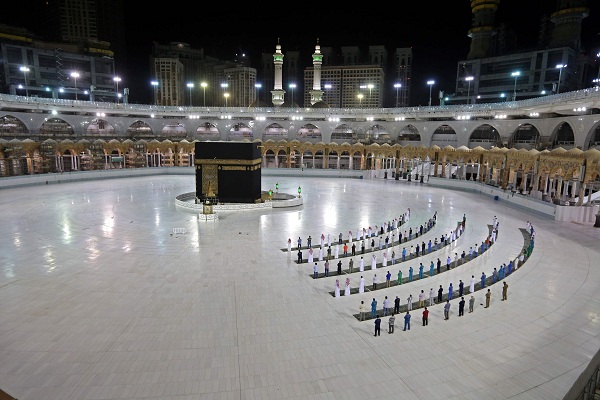 Holy sites include Mina, Muzdalifah and Arafat, and the fine will be doubled if the offense is carried out twice, the interior ministry said, according to Arab News.

The ministry called on all citizens and residents to abide by instructions issued regarding the Hajj season this year and said that security personnel will carry out their duties on all roads and paths leading to the Grand Mosque and the holy sites to prevent violations and issue penalties to violators.

“Heightened security measures and strict COVID-19-related restrictions will be implemented to prevent entry to holy sites without a permit from July 5 to 23, 13 days before the annual pilgrimage, which is expected to begin on July 17,” the SPA quoted the ministry as saying.

Earlier in the month of June, Saudi Arabia said that due to the ongoing COVID-19 and its variants, this year’s Hajj performance will be limited to 60,000 citizens and residents of the Kingdom between the ages 18 and 65 years for the second year in a row.

This year’s Hajj season is likely to begin on July 17. It will be determined after the sighting of the new moon.