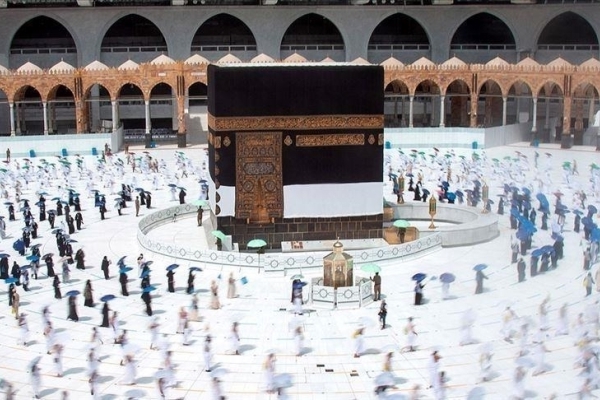 Head of the General Presidency for Affairs of the Two Holy Mosques Abdulrahman Al Sudais has directed all competent affiliates to finalize preparations for receiving the Umrah pilgrims and other worshippers at the Grand Mosque in Mecca.

The official was quoted in the Saudi media as calling on the presidency’s employees for making all efforts and observing all precautionary measures at both the Grand Mosque and the Prophet’s Mosque in Medina, building on “distinguished work and organization” shown during last week’s Hajj season.

Saudi Deputy Minister of Hajj and Umrah Abdulfattah Al Mashat recently said that Umrah will restart on the 15th of the current Islamic month of Dhu Al Hijjah and related permits can be obtained via the smart Itamarnah app.

“In the beginning, the number of the Umrah pilgrims will be 20,000 [per day]. The number will increase gradually,” he told Saudi-owned television Al Arabiya.

In October, Saudi Arabia set into motion a plan for gradual resumption of the Umrah amid stringent precautions against COVID-19.

The first phase of the plan, which began on October 4, allowed 6,000 Umrah pilgrims from inside the kingdom per day into the Grand Mosque.

The second went into effect on October 18, allowing about 40,000 worshippers and 10,000 pilgrims a day into the site.

As many as 20,000 Umrah pilgrims and 60,000 worshipers per day were allowed into the mosque according to the third phase that started in November.

The month of Ramadan is usually a peak Umrah season.

Last Ramadan, authorities increased the capacity of the Grand Mosque to reach 50,000 Umrah pilgrims and 100,000 worshippers per day.

Only “immunized” people against COVID-19 were allowed to perform the Umrah and visit the Prophet’s Mosque.