General
The link was copied
News ID: 3475351
TEHRAN (IQNA) – Earlier this month, the European Court of Justice (CJEU) issued a scandalous ruling which practically made it legal for employers to discriminate against their Muslim employees in workplaces across Europe. 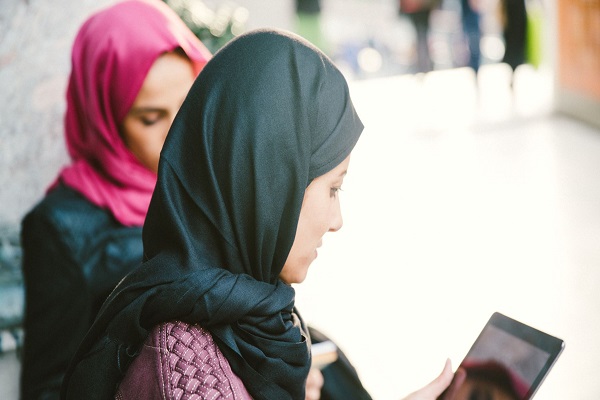 In a July 15 decision, the court declared that companies in the European Union can legally ban their female Muslim employees from wearing a headscarf under certain conditions. The case was brought to the Luxembourg-based court by two women in Germany who were suspended from their jobs after they started wearing the hijab, a headscarf worn by many Muslim women who feel it is part of their religion.

The ruling not only added to the ever-growing concerns over the safety, freedoms and rights of European Muslims but also once again revealed the EU’s hypocritical approach to human rights, religious freedoms and equality.

The court’s verdict, however, did not come as a surprise to anyone who has been paying attention to Europe’s gradual descent into Islamophobia. Indeed, a systemic effort to demonize, marginalize and even criminalize Muslims has been under way in Europe for many years.

Islamophobia, which became more visible across the world after the 9/11 attacks and the beginning of the so-called “war on terror”, gradually penetrated into mainstream European politics in recent years. European politicians across the political spectrum started scapegoating Muslims for economic downturns, rising unemployment, irregular immigration, societal discontent and global terror.

While anti-Muslim sentiment has long been growing in Europe, the CJEU’s ruling still marked a significant turning point in the EU’s relationship with Muslims. By allowing companies to ban their Muslim employees from wearing headscarves, the court institutionalized, legalized and justified anti-Muslim discrimination in European workplaces.

Over the last five years, the number of racist and anti-Islam attacks in the West increased by 250 percent, and the rate of those who lost their lives in such attacks increased by 70 percent. During the same period, no less than 15,000 Islamophobic attacks have been documented in Europe’s five largest countries.

In the context of these devastating figures, the CJEU ruling sent a clear message to European Muslims: You can live safely and peacefully in Europe, but only if you agree to distance yourself from your religion and abandon all visible symbols of your religious identity.

Needless to say, the court’s move to legalize anti-Muslim discrimination not only increased the severity of the threats European Muslims are facing but also cast a shadow over the story Europe has long been telling the world about itself. Indeed, it is ironic that the top court of the EU – an organization that never misses an opportunity to criticize Muslim countries for their alleged human rights misconduct – has ruled that an employee can be sanctioned and terminated for merely displaying a religious symbol in the workplace. It is also ironic that the court issued a ruling that targets women specifically, given the EU’s repeated declarations on its commitment to ensuring gender equality.

With this month’s CJEU ruling, the EU has effectively embraced a stance on religious freedoms that is more fitting to extreme far-right movements than a self-proclaimed “champion of democracy, human rights and freedom”.

Let us engage in a thought experiment to develop a better appreciation of the EU’s hypocrisy: How would European leaders have reacted if the top court of a Muslim-majority country, such as Turkey, issued a similar ruling against its Christian, Jewish or Hindu citizens? The answer, of course, is quite obvious. They would have condemned the court for undermining religious freedoms and human rights. They would have called on international institutions to sanction the country for discriminating against its own citizens. They would have called the verdict unjustifiable and unacceptable. But when it is the EU’s top court that is discriminating against European Muslims, they seem to have very little to say.

In Turkey, we are hardly surprised by the hypocrisy Europe’s leaders have demonstrated on this issue. Turkey has been subjected to all types of double standards in its decades-long journey to join the EU, mostly due to it being a Muslim-majority country. Certain European politicians have even publicly acknowledged that the primary obstacle to Turkey’s membership was the religious affiliation of its population. As such, we know better than to expect the EU to act morally on any issue concerning Muslims – in Europe or beyond.

Still, we could not help but expect some kind of a reaction from European leaders in the face of a court ruling that makes a mockery of the EU’s own claims of being a bastion of human rights and democracy. After all, such a discriminatory verdict undoubtedly undermines Europe’s standing in the international community. That reaction, however, never came, confirming our worst fears – that the EU is concerned about human rights and freedoms only when it suits its interests.

Perhaps the leaders in Europe chose to remain silent on the CJEU verdict because they saw it as a step towards establishing a “European Islam” – a hypothesized new “branch” of the faith that would have its roots in “European” values, and that would supposedly help European Muslims to fully assimilate into European societies.

Indeed, many European politicians believe that by institutionalizing discrimination against Muslims and forcing them to adapt their behavior and religious expression to accommodate the baseless fears and prejudices of the wider population, they could bring an end to deep-rooted societal problems like xenophobia, Islamophobia and racism.

Of course, in reality, the forced establishment of a less visible and more obedient “European Islam”, through discriminatory policies like the one that received the CJEU’s stamp of approval earlier this month, would achieve nothing other than depriving European Muslims of their cultural roots and identity. Furthermore, by cutting Muslims’ links to their culture and erasing their religious identities, such policies would pave the way for radicalization.

We have already seen the disastrous results of such policies in the mid-2010s when global terror groups were working hard to add young, impressionable Europeans to their ranks. These groups could not radicalize European Muslims who preserved their links to their ancestral homelands and attended religious services at mosques linked to respected foreign organizations, such as the Turkish Diyanet, because they had trustworthy venues to obtain accurate information about their religion from. By contrast, countless young Europeans, who have been deprived of such support and kept away from legitimate organizations that could give them reliable religious guidance, ended up being radicalized and joining terrorist groups like Daesh (ISIL or ISIS).

In short, the EU’s attempts to forcefully assimilate Muslims, erase their religious identity and prevent them from engaging with their culture openly harm not only European Muslims but the wider European society.

The deafening silence of the EU officials and leaders in the face of this month’s anti-Muslim CFEU ruling, however, demonstrates that Europe’s elites are still too myopic to see the damage they are inflicting on their own people through such policies.

The EU cannot establish itself as a true champion of human rights and freedoms in the international arena if it continues to turn a blind eye to discriminatory, harmful and outright racist policies and practices within its own borders.

The EU officials and leaders must therefore stop with the theatrics and urgently live up to their responsibilities towards Europe’s Muslim citizens. Failure to act now will not just result in Islamophobia and xenophobia deepening the lurking security crisis at the heart of Europe. It will also deepen the crisis of legitimacy the EU is currently facing.