Najaf Ready to Host Pilgrims on 28th of Safar

General
News ID: 3475899
TEHRAN (IQNA) – The holy city of Najaf in Iraq is prepared to host pilgrims who visit the city on the 28th day of the lunar Hijri month of Safar, which falls on Tuesday. 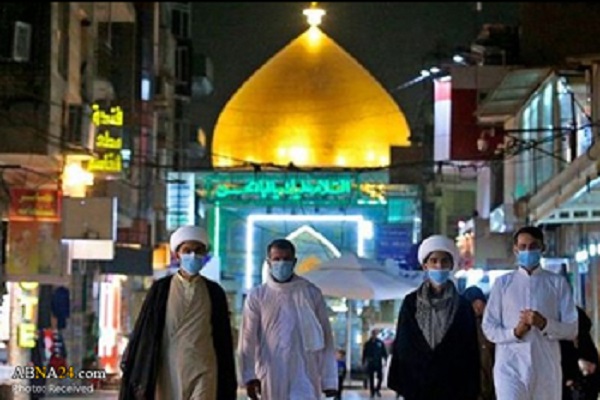 According to Mawazin News, the provincial government of Najaf Province has launched a special plan to welcome the visitors.

It includes programs to ensure the security and safety of the pilgrims and provide them with welfare and health services.

Faeq al-Shammari, a media official at the Astan (custodianship) of Imam Ali (AS) holy shrine in Najaf, said Astan has also prepared programs to serve the pilgrims.

He said several medical teams will be ready in different parts of the city and the holy mausoleum to provide medical services and ensure the visitors’ compliance with the health protocols in order to prevent the spread of the coronavirus.

Meanwhile, Miqdad al-Mousawi, Spokesman for Najaf Police, said a special security plan has been launched in the city and the province with the participation of neighboring provinces.

He added that 20,000 security forces have been deployed to protect the security of the pilgrims.

Every year on the 28th day of Safar, a large number of pilgrims visit Najaf to mourn the sad occasion at the holy mausoleum of Imam Ali (AS).

Many of them go there on foot from different parts of Iraq.