General
News ID: 3475909
TEHRAN (IQNA) – According to reports, Hindu extremists in India’s Assam are ramping up violence against the Muslim community with the excuse of expelling illegal migrants. 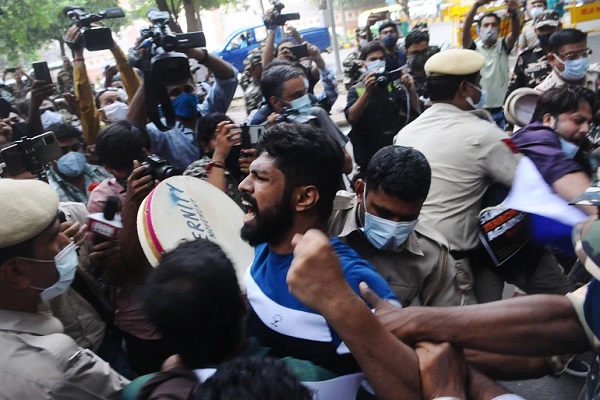 Media sources point to an escalation of violence by Hindu nationalists in Assam against Muslims, Aljazeera reported citing Le Monde.

The violence came under the excuse of expelling those who have been described as illegal Bangladeshi migrants. However, reports indicate that Muslims are being targeted despite the fact that most of them had already proven their Indian citizenship.

Different videos and photos of the violence against Muslims have gone viral these days. In one of the videos, a person who has been described as a photographer brutally attacks a civilian who had already been shot.

Meanwhile, Indian forces destroyed hundreds of houses in a rural area, killing a child and making thousands of other people homeless.

The French newspaper notes that these attacks against Muslims are intentional, signaling an anti-Muslim policy in India.