Palestinian Stories Collection to Be Launched on Netflix

Culture
News ID: 3476016
TEHRAN (IQNA) – A Palestinian Stories collection is planned to be launched by Netflix on Oct. 14. 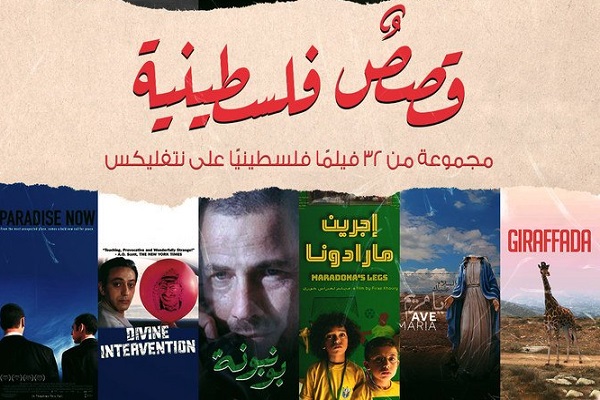 Available in markets around the world, the collection includes a lineup of award-winning films that are either made by Palestinian filmmakers or feature Palestinian stories. At launch, the collection will include 32 films with more to be added over the next few weeks.

Featuring the works of critically acclaimed directors such as Annemarie Jacir, Mai Masri, Mahdi Fleifel, Susan Youssef, May Odeh and Farah Nabulsi, the collection is a tribute to the creativity and passion of the Arab film industry as Netflix continues to invest in stories from the Arab world.

“The diversification of our content sits close to my heart as Netflix works to become the home of Arabic cinema, a place where anyone in the world can access great Arab stories,” said Nuha El Tayeb, director, content acquisitions, Middle East, North Africa and Turkey, at Netflix.

“We believe that great stories travel beyond their place of origin, are told in different languages and enjoyed by people from all walks of life and, with the Palestinian Stories collection, we hope to amplify these beautiful stories to a global audience,” she said.

The collection includes films such as Annemarie Jacir’s “Like 20 Impossibles,” which was the first short film from the Arab world to premiere in Cannes and went on to become a national finalist for the Academy Awards as well as winning best film at Palm Springs, Chicago, IFP/New York, Nantucket, and Mannheim-Heidelberg film festivals; Elia Suleiman’s “Divine Intervention,” which secured two wins and a nomination at Cannes, while “3000 Nights” by Mai Masri won the jury prize at the 2016 International Film Festival and Forum on Human Rights.

“I’m glad to finally have alternative Palestinian films accessible to wide audiences through Netflix. We all in the Palestinian film industry have been eager to share our narrative with the world through our authentic creative productions as an alternative to news reporting,” said May Odeh, director of “The Crossing.”

Some of the films, such as “Present,” “Pomegranate and Myrrh,” and “It Must Be Heaven,” are already on Netflix but will now be hosted under the Palestinian Stories collection.

The majority of the titles will stream globally, and all films will include subtitles relevant to the country where they are being streamed.