General
News ID: 3476366
TEHRAN (IQNA) – The chairman of a mosque in London’s Finsbury Park regretted the side in hate attacks towards Muslim women. 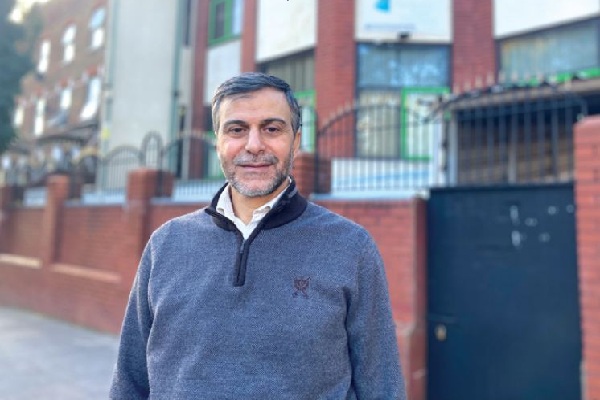 Mohammed Kozbar, from the Finsbury Park Mosque in St Thomas’ Road, has called on the government to now “recognise Islamophobia is real”.

He told the Tribune this week: “We hear a lot from women who are the main targets of Islamophobia. They look like Muslims because of their hijab or headscarf and sometimes they can’t defend themselves. Many of them are targeted when they are out in public, when they take their children to school, in work or at university.”

He added: “Unfortunately it is happening especially for women and this is very serious because some of them stop going out alone because they think they might be attacked at any time.

“For them to feel that here in the UK and in London particularly, where we have a multicultural society, is quite disturbing and quite frightening.”

The mosque responded to the Covid-19 crisis by opening its doors to run a vaccination clinic, running a 24 -hour helpline for those suffering bereavement and mental health issues and distributing leaflets abut social distancing. It also ran a community centre giving out meals for the homeless.

Mr Kozbar said the mosque itself has experienced hate crime recently via prank calls. In the past an attempt to set fire to the mosque failed due to heavy rainfall in 2015. In 2010 a pig’s head was placed outside on the railings.

“There are different types of Islamophobia and different ways of attacking,” said Mr Kozbar. “This is why Islamophobia Awareness Month is important. It is about awareness, it is about educating the society and the communities about what is happening.”

He added: “In one way or another, people normalise Islamophobia. People accept Islamophobia. Some of these women who were attacked, no one helped them to show support or solidarity. They felt alone as if no one cared for them. This is difficult for these British citizens to feel that way – to be marginalised in their society and normalising the attack on them.”

Prime minister Boris Johnson launched a report in 2019 following complaints of Islamophobia in the Conservative Party. This year the long-awaited review was published and did not find evidence of “institutional racism”, although found anti-Muslim sentiment was present at individual levels.

Mr Kozbar said: “The way forward is for the politicians to recognise Islamophobia is real. It is there.

“They have to deal with it as if it is any other form of racism, like antisemitism or racism in general. It is happening in both of the main parties, Conservative and Labour, and we haven’t seen any real action to fight it.”

He added: “We’ve seen talk from our politicians, one of them is our prime minister, talking about Muslim women as bank robbers and mailboxes and so on.”

The mosque is holding an awareness-raising event on November 26 with guest speakers and a tour of the mosque.

It is also working with the council and the police to contact schools and hold assemblies raising awareness about Islamophobia.

Islington’s community chief Councillor Una O’Halloran said: “At Islington Council, we recognise that everyone has a part to play in calling out discrimination and injustice. There is simply no place for hate here – we are proud to be a welcoming, inclusive borough that celebrates diversity, champions inclusion and challenges inequality.”