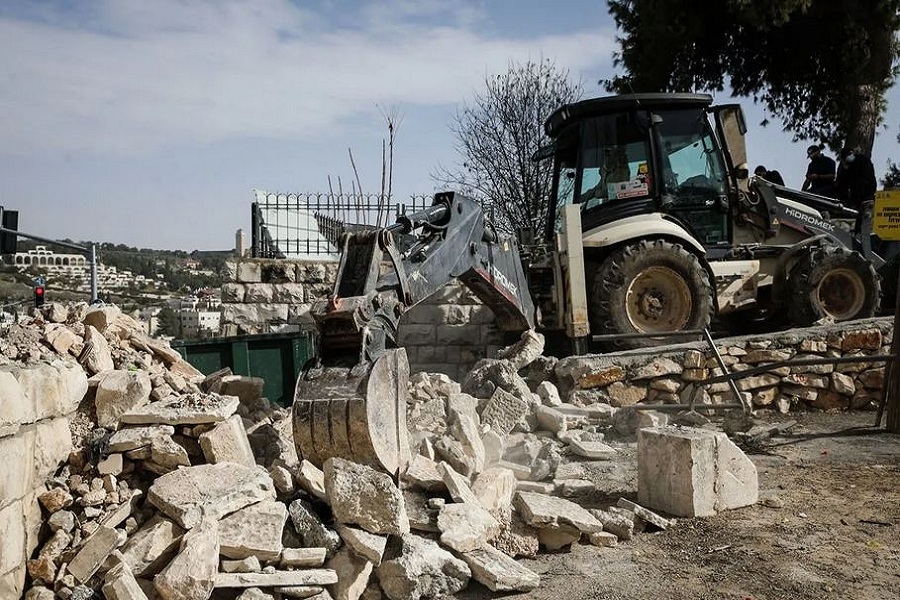 The imam and preacher of Al-Aqsa Mosque made the remarks while addressing a symposium about the Israeli regime’s measures aimed to demolish Muslim graves and Judaization. The event was organized by Popular Conference for Palestinians Abroad, the Palestine Information Center reported.

Sheikh Sabri noted that the Israeli regime, in its latest aggression, is now attacking the Yusufiya cemetery located east of the Al-Aqsa Mosque Compound. The regime is planning to build a biblical garden there and destroy the traces of Muslims and scatter the bones of their dead.

The demolition of the mosques, he continued, is an irrefutable document against occupation and proves the historical presence of Palestinians in this land.

The Israeli measures are blatant aggression against Muslim cemeteries because the cemeteries host the body of Muslim figures, scholars, leaders, and officials who have been laid to rest here throughout history.

“If a single Muslim had attacked a Jewish cemetery, the whole world would have protested; however, the Jews are now destroying our cemeteries.”

Israeli authorities have been desecrating Muslim cemeteries for decades, including through exhumations, excavation works that have uncovered bones, and construction projects where graves once stood.

The latest plans to build a biblical-themed park atop al-Yusufiya cemetery have provoked Palestinians and led to confrontations with Israeli forces, the Israeli municipality of Jerusalem, and staff from Israel’s Nature and Parks Authority.