Culture
News ID: 3476657
TEHRAN (IQNA) – An international book fair was held at Islamia College University Peshawar in Pakistan as the Iranian booth provided books on religion and Islamic unity among other topics. 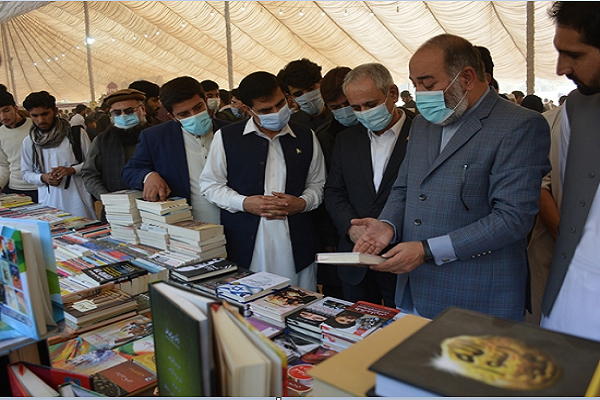 The event was organized by Jamaat-e-Islami association of the university and publishers from Turkey, Afghanistan, and Pakistan had also taken part in the fair.

Addressing the event, head of Jamaat-e-Islami party of Khyber Pakhtunkhwa province Moshtagh Ahmed appreciated the efforts of the Iranian cultural house, saying that the presence of Iran has increased the quality of the event.

Pointing to features of famous thinker Muhammad Iqbal, the official called on students to have a deeper reading of Iqbal’s works and use the insights in their lives.

Iqbal was not just a poet as part of his teachings has been for the guidance of Muslims and have been derived from Quranic verses and Prophetic hadiths, he said.