Culture
The link was copied
News ID: 3476614
TEHRAN (IQNA) – A calligraphy workshop was held in Pakistan’s Lahore on the sideline of an Islamic arts exhibition. 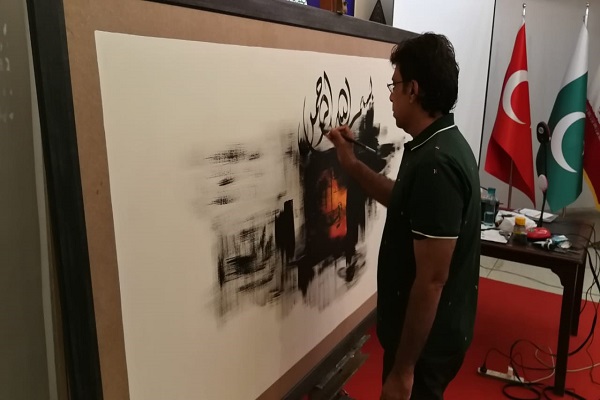 The five-day international exhibition on Islamic arts opened on Thursday in the Pakistani city.

With the cooperation of Iran’s cultural center in Lahore and the association of Pakistani calligraphers, a workshop was also held on the sideline of the event.

The international exhibition has been organized on the occasion of the International Day of Islamic Arts with the cooperation of three countries of Iran, Pakistan, and Turkey.

Calligraphy, painting, ceramics, pottery, and Islamic architecture are among the main themes of the exhibition.

Lauding Iran’s art and culture, the Pakistani figure called for paying serious attention to cultivating talents of Iranian and Pakistani youths in the field of Islamic arts.

Back in 2019, UNESCO designated November 18 as the international day of Islamic arts and various countries have since held ceremonies to mark the event.