General
News ID: 3476678
TEHRAN (IQNA) – US Democratic Rep. Ilhan Omar called for House leaders to take “appropriate action” against Colorado Republican Rep. Lauren Boebert for using anti-Muslim language in describing a recent encounter she had with Omar at the US Capitol. 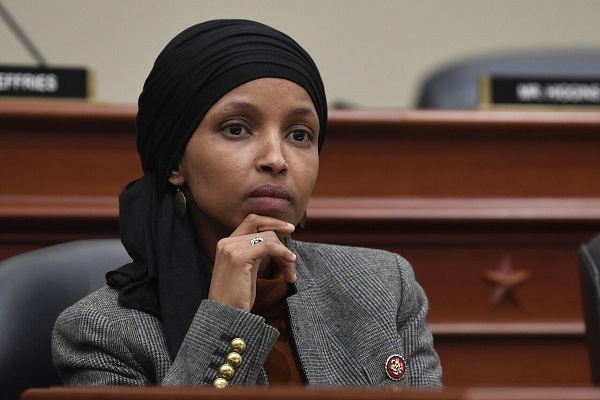 According to a video clip posted by a Twitter account called PatriotTakes, Boebert made the remarks this holiday break. In it, she says she and a staffer were taking a Capitol elevator when she saw an alarmed Capitol police officer running toward them. She said she turned to her left and spotted Omar standing beside them.

“Well, she doesn’t have a backpack. We should be fine,” Boebert recalled saying, drawing laughs from her audience. “And I said, ‘Oh look, the jihad squad decided to show up for work today.’”

“Saying I am a suicide bomber is no laughing matter,” Omar tweeted. “@GOPLeader and @SpeakerPelosi need to take appropriate action, normalizing this bigotry not only endangers my life but the lives of all Muslims. Anti-Muslim bigotry has no place in Congress.”

Boebert has become a partisan lightning rod during her first term in Congress, insisting on her right to bring a gun onto the floor of the House, voting to overturn President Joe Biden’s victory and maintaining a fiery presence on social media in which she insists Biden and Democrats are leading the country to socialism.

Pelosi and other top House Democrats called on Boebert in a statement later Friday to “fully retract these comments and refrain from making similar ones going forward.” They also demanded that Republican leaders “address this priority with the Congresswoman and to finally take real action to confront racism.”

Omar said Thursday that Boebert had fabricated the story.

“Fact, this buffoon looks down when she sees me at the Capitol, this whole story is made up,” Omar tweeted. “Sad she thinks bigotry gets her clout.”

Boebert tweeted earlier Friday that “I apologize to anyone in the Muslim community I offended with my comment about Rep. Omar. I have reached out to her office to speak with her directly. There are plenty of policy differences to focus on without this unnecessary distraction.”

It said Boebert’s allusion to a backpack is an “Islamophobic smear that all Muslims are terrorists,” as well as her use of the term “jihad squad.”

Omar and Democratic Reps. Alexandria Ocasio-Cortez, Ayanna Pressley and Rashida Tlaib sometimes refer to themselves as “the squad.”