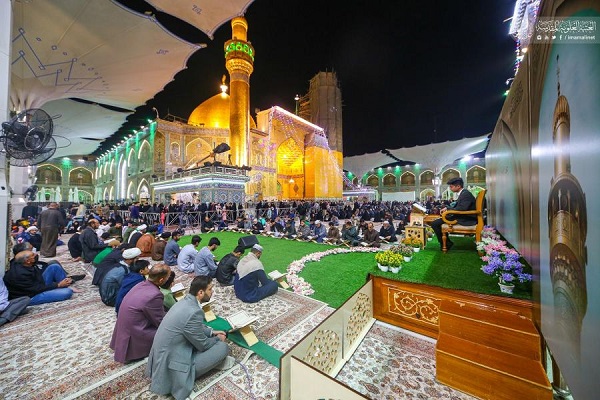 The course was held three days a week for two months, according to Qafqn.org website.

Amir Kassar, head of the education unit of the center, said the course was attended by 12 Pakistani students.

The course focused on correct reading and rules of recitation of the Quran, he said, adding that its lecturer was Sayyid Qatad Al-Husseini, a prominent Iraqi master of recitation and interpretation.

The graduation ceremony, he continued, was held at the courtyard of Imam Ali (AS) shrine.

According to Kassar, such courses introduce a major effect on the improvement of the level of Quran recitation and Arabic language of the seminary students.