General
News ID: 3477253
TEHRAN (IQNA) – According to Iraqi media, firefighters have extinguished a fire erupted in one of the convention halls named "Rasool A'zam" [Great Prophet] near the shrine of Imam Hussein (AS) in Karbala. 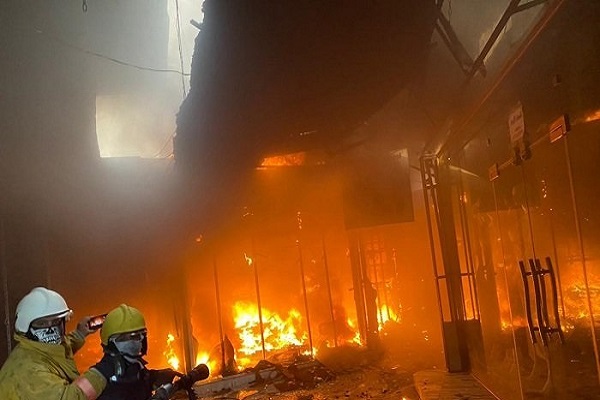 In a statement on Thursday, Iraq's Civil Defense organization announced that the fire was extenguished successfully, Mawazin reported.

Firefighting teams controlled the fire inside the center, said the statement, adding that a section of the hall had been dedicated to storing carpets and other equipment of moukebs.

Moukebs are special stations that are installed especially during the great March of Arbaeen and offer free services and foods to pilgrims.

Firefighters have also used special equipment including ladders to fully contain the fire, said the statement.

The Civil Defense Organization called on the local police of Karbala to start investigation on the possible cause of the fire.