General
News ID: 3477327
TEHRAN (IQNA) – Malaysia’s Health Ministry (MoH) has been urged to provide more data and clarification on the issue of 14% unvaccinated Umrah pilgrims that were allowed travel to Saudi Arabia before. 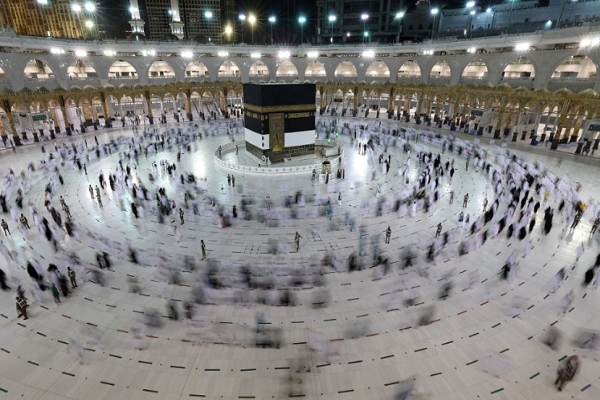 Dr Fathir Badri, the president of the Selangor Association of Travel and Tourism Agencies (Saftta) told The Malaysian Reserve that the government should provide proper data and information related to this issue as such information is crucial to the tourism industry and the country.

“What we see in MoH is like throwing stones and hiding their hands when it involves travel agencies sending Umrah pilgrims without a vaccine record.

“Without providing complete data or information related to this issue, netizens would label travel agencies as colluding with illegal things. This has worsened the situation of entrepreneurs who have not been able to do business for almost two years,” he said.

He added that the strict standard operating procedures (SOPs) imposed by the Saudi Arabian government which requires all Umrah pilgrims to have a vaccine record 72 hours before the flight via the Muqem application.

This is to ensure that only those who have received the vaccines are allowed to perform Umrah.

According to him, this application is then connected to two other applications, namely Tawakalna and Eatamarna, where the information is interlinked to get a slot to perform Umrah, enter Raudhah, and pray at the Grand Mosque and the Prophet’s Mosque.

“Saftta demands immediate feedback from MoH on whether the 14% mentioned are all Umrah pilgrims,” he said.

“We are a little upset because it has been four days since the statement was made, but MoH is still investigating the matter. The longer MoH takes, the worse the community’s perception of the Umrah pilgrims.

“On social media, we can see and read that the average person blames the Umrah pilgrims for being able to cheat to do the worship. So much so that it attracted the attention of some muftis to comment,” he added.

The Home Ministry admitted there was a mistake on this issue last week, and it is identifying which government agency will be responsible to determine the status of a fully vaccinated person at an airport before a person is allowed to travel abroad.

This has resulted in 12 returning Umrah pilgrims who were tested positive for the COVID-19 Omicron variant upon arriving in Malaysia. They were not vaccinated, according to MoH.

Dr Fathir added that many pilgrims are anxious about continuing their journey because they are worried about the spread of the Omicron variant.

He also said that the congregations from Malaysia in Saudi Arabia were the most orderly in complying with the SOPs.

“We don’t think the government is covering up this issue, but it can’t take long for the government to investigate its legitimacy and the reasons why it could have happened.”