General
News ID: 3479271
TEHRAN (IQNA) – The World Assembly of Islamic Awakening in a statement denounced the Zionist regime for its recent crimes and acts of aggression. 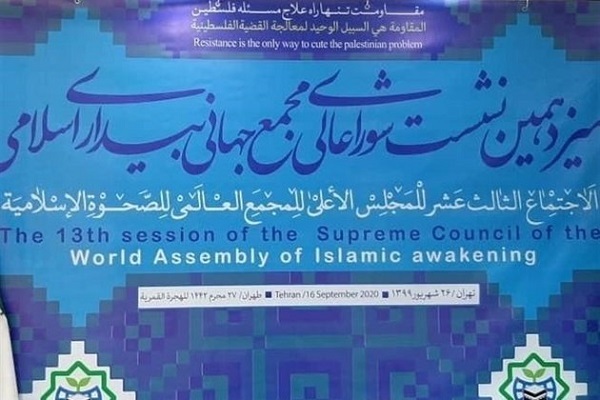 In recent days, we have been witnessing the occupation regime’s adventurisms in the region, the statement said, referring to the Israeli missile attacks on Syria and violation of the Arab country’s sovereignty, hatching political and security plots aimed at preventing political stability in Lebanon, attacking Al-Aqsa Mosque in Jerusalem Al-Quds, preventing Muslim worshippers from entering the mosque and demolishing Palestinians’ homes, among others.

It added that the Tel Aviv regime has also launched a psychological and media operation against the Iranian people.

These evil moves are all rooted in the Zionist regime’s repeated defeats in the region that have put it in a strategic dilemma, the statement said.

The World Assembly of Islamic Awakening went on to call for the all-out support of the Muslim world, especially scholars and thinkers, for the oppressed people of the region.

It also hailed recent remark by Secretary General of Hezbollah resistance movement Sayed Hassan Nasrallah who has said that any miscalculation by Israel will lead to a threat against the regime’s existence and that all options would be on the table if Lebanon’s national interests are threatened.

World Assembly of Islamic Awakening is an Islamic-assembly which was formed in order to ensure the continuity/development of the Islamic Awakening Movement by increasing communication, interaction and transfer of experiences.