Social
News ID: 3479433
TEHRAN (IQNA) – The ban on wearing hijab in educational institutions of Indian province of Karnataka has forced many Muslim girls to abandon their dreams. 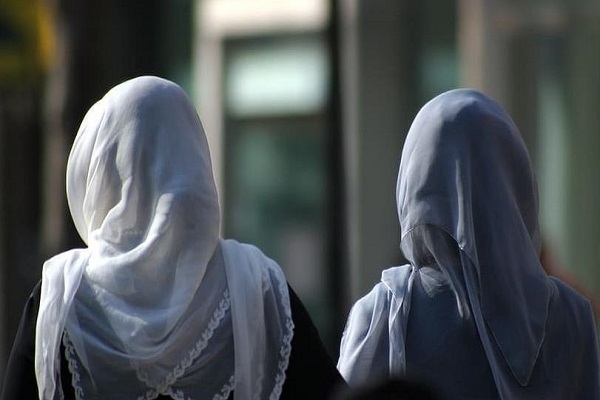 For many months, 18-year-old Afiya (name changed) from the southern Indian province of Karnataka was burning the midnight oil to appear in the 12th-grade exam and then appear in the competitive test to seek admission to a medical college.

But she could not appear in the test, as the school did not allow her to enter the examination hall wearing the hijab or headscarf.

After the Karnataka High Court on March 15, upheld the ban imposed by educational institutions on wearing headscarves inside the premises, many Muslim female students have either opted out from the examinations or are finding alternative means to pursue education.

The court ruled that "wearing of hijab by Muslim women doesn't form a part of essential religious practice in the Islamic faith."

She is now looking to seek admission to another school, where she is allowed to wear a hijab.

"I don't know about my future. I feel my dreams are getting shattered every day," said Afiya, adding that she stopped going to school in February this year.

Like Afiya, dreams of many Muslim girls have come crashing, who had been left to choose between their identity, freedom, dress, and their education.

The issue started in January when female Muslim students were barred to enter their classrooms in a government college in the Udupi district in Karnataka for wearing hijab. Subsequently, other institutions also followed the diktat.

The students have now pinned their hopes on the Supreme Court which is hearing the case.

"We are wearing hijab since childhood and not recently. They (college) should allow us to write exams in hijab. Earlier they had no problems, but they were banned after the court order came," said Hiba Sheikh another student who is also not attending college since March.

Not allowed to enter premises

She has already missed one college semester.

"These days fourth-semester classes are going on. We don't go because they are not allowing us to enter the premises," she said.

Sheikh said she was hopeful that the apex court will dispense justice.

"Students are mentally traumatized. Everyone is tensed about what is going to happen in the future,” she added.

Speaking to Anadolu Agency, Kidiyoor Nihal, national secretary of Students Islamic Organization of India – the students' wing of socio-religious organization Jamaat-e-Islami said the issue has put the future of thousands of female students at stake.

"This deliberate, vengeful, hateful agenda to deny access to students to education is a calamitous situation which would result in loss of trust in public institutions which have far-reaching consequences," he said.

Nihal said that the situation could have been amicably resolved at an early stage and level if there was ever an intention to do it.

"At every instance, the situation was politicized from college level to district to state boards to courts. We feel that dialogue and deliberations are the cornerstones of our society and Indian constitution," he said.

He said since it was an issue of personal choice and autonomy, he hoped that the apex court will deliver justice.

"This is an important landmark for our institutions to show spine and stand up for the citizens of this country," he said.