General
News ID: 3479459
TEHRAN (IQNA) – Acquisition of a section of the Dahmash Mosque by Israeli authorities has raised concerns of probable plans to Judaize the place. 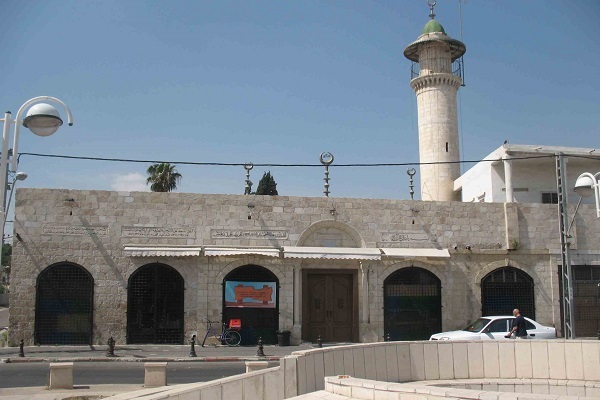 The economic branch of the Israeli municipality in Lod has recently expropriated part of the Dahmash Mosque, one of five historical mosques in the city, raising fears of Judaisation and expropriation of the mosque, Arab48.com reported on Friday.

On 13 July, 1948, Israeli occupation forces, dressed in the Jordanian army uniform, raided the city and killed 426 Palestinians, including 176 hiding inside Dahmash Mosque. The killing in the mosque was later referred to as the "Dahmash Mosque massacre".

The mosque remained disused until 2002, when Arab citizens in Lod renovated part of it and reopened it for prayer. It was one of five mosques in the city for about 35,000 Palestinians who remained.

After 2002, Arabs attempted to buy the part of the mosque, which is used as a butchery by Israelis, to add to the current prayer hall. The Israeli butchers refused and sold it to the Lod municipality for far less than the Arabs proposed.

The Israeli municipality attempted to renovate it, but the Arabs protested, pushing them to stop their work.

An Arab member of the municipality, Mohammed Shreeky, told Arab48: "Tens of youths gathered and under popular pressure, the municipality stopped its work and evacuated the area."

Shreeky said that the Arab citizens met with Arab members of Lod municipality and the director of the economic branch and agreed to sell the area to the Arabs in return for finding another place in the city for the municipality's project.

Despite the Israeli pressure on the Arabs, represented in restrictions imposed by the municipality on Arabs, they insisted on remaining in the city.

The number of Arabs in the city is increasing, Shreeky notes, and the municipality has shown interest in expanding the mosque to absorb larger numbers of worshippers.