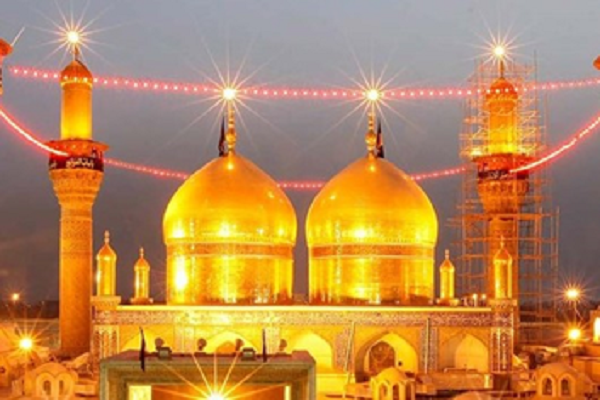 The Quran and Ahl-ul-Bayt (AS) are two precious legacies of the Holy Prophet (PBUH) that will never be separated. And Ahl-ul-Bayt (AS) are the true interpreters of the Quran. Imam Jawad (AS) (811-835) is the ninth Imam. He became Imam at the age of 7. After 17 years of Imamate, he was martyred on the last day of the month of Dhul Qa’ada.

Imam Jawad (AS) in known for his generosity and munificence. His debates with scholars of different schools of thought about Fiqhi (jurisprudential) issues like Hajj are very informative and instructive. Sunni scholars respect Imam Jawad (AS) as a great religious scholar.

His becoming Imam at an early age gave rise to questions about how a child can shoulder the sensitive and heavy responsibility of leading Muslims. Imam Jawad (AS) in that very early age answered this question using Quranic verses.

Once at the age of 7 he told one of his companions named Ali ibn Asbat that God can give Imamate to a seven-year-old just as He can give prophethood to a five-year-old: “We commanded John, Zachariah's son, to follow the guidance of the Lord with due steadfastness. To John We gave knowledge and wisdom to John during his childhood.” (Surah Maryam, verse 12) Prophethood and Imamate are both divine positions that God can give anyone He chooses.

Another time at the age of 9, Imam Jawad (AS) used another verse of the Quran to answer the same question asked by one of his companions named Ali ibn Hissan. Imam Jawad (AS said that God told his Prophet (PBUH): “(Muhammad), say, ‘This is my way. I and all my followers invite you to God with proper understanding. God is most Glorious. I am not a pagan.’” (Surah Yusuf, verse 108)

Imam Jawad (AS) said by “my followers”, God means Imam Ali (AS) who was 9 years old at the time and the only one who followed the Holy Prophet (PBUH). “And now I am 9 years old,” the 9th Imam (AS) added.

Imam Jawad’s (AS) Imamate, which lasted for 17 years, was concurrent with the rules of Abbasid caliphs Mamun and Mu’tasam. The Imam was poisoned and martyred at the age of 25 on the last day of the month of Dhul Qa’ada in the year 835.