Where Is Promised Protection of Mosques against Islamophobia in UK?

General
News ID: 3479550
TEHRAN (IQNA) – It’s often after a terrorist attack – such as the Finsbury Park van attack in 2017, or the devastating mass shooting in Christchurch in 2019 – that we begin to talk about Islamophobic hate crimes. 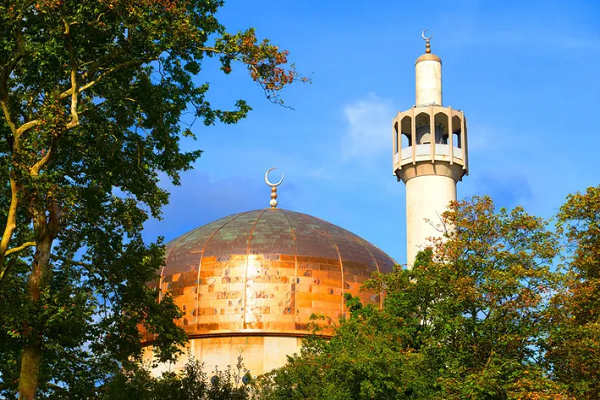 But this insidious form of hate against Muslims has a very ubiquitous presence in the lives of British Muslims and abroad. And sadly, it is once again on the rise.

According to a new study of 100 UK mosques, over a third (35%) said they have experienced attacks in the last three years, with theft and vandalism the most common crimes.

The research, carried about by the Muslim Engagement and Development group (MEND), found that mosques are always expecting an attack ‘at any time’.

Yet despite the high figures, mosques and Muslim faith leaders say they’ve been left in the lurch, without adequate support to prevent and deal with this targeting.

“People may be fearful not only of attending the mosque themselves but of going out into the community in general, especially Muslim women who wear the hijab and are visibly Muslim.

“This anxiety then also affects their children, who may become worried about walking to school and impacts on the social lives of wider family and friends. An attack on a mosque thus has far reaching psychological consequences for the whole community.”

The survey from MEND and Muslim Census found that nearly one in five mosques has experienced a physical attack, including in one case the stabbing of an Imam.

Muslims are particularly ostracized and research from 2021 shows that nearly half of all hate crimes in England and Wales were directed at this group.

Overall hate crimes rose by 9% as police recorded 124,091 incidents between March 2020 and March 2021, the Home Office data shows. Racially motivated hate crimes made up the majority of the overall figures, increasing by 12% to 85,668 offences.

Five years ago, Finsbury Park mosque was attacked during Ramadan by terrorist Darren Osborne who killed Marak Ali, 51, when he drove a van into worshippers. Since then, hate towards the mosque hasn’t dissipated.

“The attack was five years ago – and what’s changed?” asks Mohammed Kozbar, a trustee and general secretary of the Finsbury Park Mosque.

“We’re still scared and unprotected. A few weeks ago, we had someone leave a pig’s head at our entrance. We also get people peeing in front of the premises.

“The situation feels much worse, to be honest. And this report proves that this kind of Islamophobia is still here unfortunately, whether it is mostly on Muslim institutions or on individuals, especially women, who are more vulnerable than others because of their hijab. So it’s a difficult situation at the moment and unfortunately, nothing has been done about it.”

In 2016 the government set up a Places of Worship Security Funding Scheme and in May, the Home Office said Mosques and Muslim faith schools had been given access to £24.5 million for security measures.

The government told religious leaders they could bid for funding be put into place to tackle any threats. This could include the installation of CCTV cameras and perimeter fencing to ensure that adequate measures are in place to protect worshippers.

But the MEND research found that only a third of the mosques that applied for funding actually received it.

Kozbar says that there are other limitations to the scheme, because it only covers the costs of equipment and installation of all security measures. “We need proper funding so we can hire personnel who can look after our premises. We already have cameras, we don’t need more,” he says.

“We need to hire people. We also need the government to establish a proper definition of Islamophobia because people don’t really understand it.

“I feel really sad that we’re seeing such attacks in London in the 21st century. We are British Muslims, and we deserve to be safe and protected in our country.”

The Home Office claims it has awarded grants to 108 mosques across the UK, but MEND questions the figure and says this isn’t enough.

“We are concerned that although the headline figure is impressive, few mosques will receive the funding,” says Dr Amin.

The Places of Worship scheme is open to all faiths, except the Jewish community. This is because a separate funding scheme is available to provide security measures at certain Jewish faith institutions.

HuffPost UK contacted the Home Office regarding the results of the MEND survey. We asked for a statement specifically addressing the claim that only a third of mosques that applied for funding received it. The Home Office declined to comment on this, instead pointing us towards a press release about the scheme. The Home Office insists it has increased funding and encourages any place of worship to apply.

Feeling proactively supported is vital for Muslim communities that have already suffered the trauma of an attack, such as those local to Finsbury Park. But as Dr Amin points out, it shouldn’t take a tragedy for that to happen.

He says that to secure protective funds, mosques have to show that they’ve been victim to a hate crime before a request is viewed “favorably”.

“Why should a mosque wait to be attacked before it is deemed to be deserving of funding?” Dr Amin asks. “The analogy here is that a council will only provide funding for a lollipop lady after a child has been injured crossing the road. We say prevention is better than cure and the government funding scheme should recognize that.”