General
News ID: 3479511
TEHRAN (IQNA) – A Pakistani British surgeon claims to be victim of “racial triaging” at Manchester Airport security amid the rising Islamophobia in the European country. 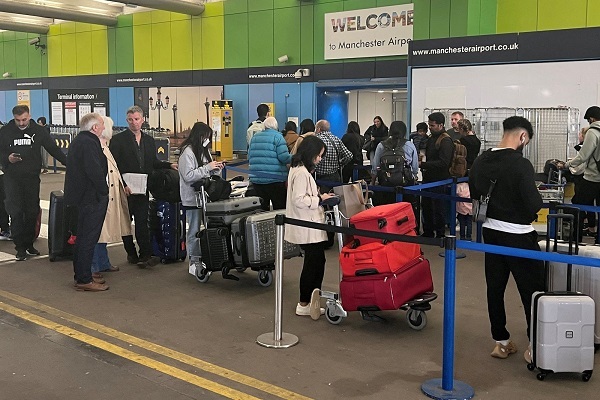 President of the British Hernia Society, Dr. Aali Sheen said he was exposed to racism when security at Manchester Airport told him to queue for a full-body scanner, while white passengers were ushered in another direction. The surgeon, who was traveling with his two children, added that he soon saw a Muslim family also being singled out from other passengers to be scanned.

Sheen told Manchester Evening News about his encounter with a security guard at Manchester Airport before flying to Grenoble, France on April 3 this year, according to Turkish daily Yeni Şafak.

The leading surgeon said he queued for two hours before reaching security for his 8 a.m. flight, noting that a security guard pointed toward a queue at the scanner even though the smaller arch metal detector was on and usable.

Recounting the incident, Sheen explained: "I said, 'Why?' He said because they have a system. What kind of system is this, I asked him. I challenged him. I knew the reason. To me it was clear. He said 'do as you are told.' He was really rude to me and I said 'don't talk to me like that.' I told him he had to give me a reason."

"Then I packed my bags and looked behind me and saw a distinctly Muslim family, and they were all going through the same scanner as me. They were being directed there by the same person. Other white people were passing through another scanner," he continued.

Sheen made a formal complaint when he landed at his destination but the airport only responded after his local member of parliament got involved.