OIC Holds Israel Responsible for Consequences of Attack on Gaza

General
News ID: 3479988
TEHRAN (IQNA) – The Organization of Islamic Cooperation (OIC) condemned the Israeli regime’s airstrike on the Gaza Strip, in which at least 15 people, including a senior commander of the Islamic Jihad and a child, were martyred. 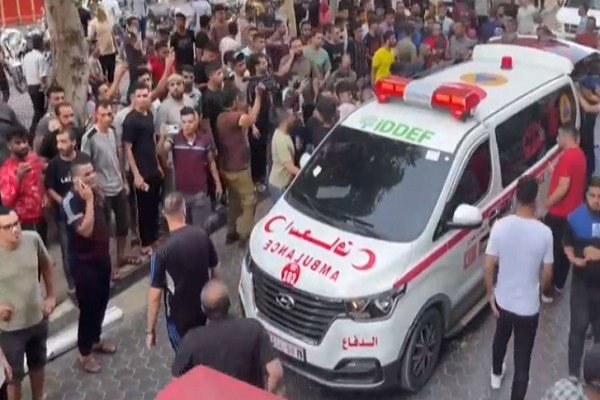 In a statement on Saturday, the OIC held the Apartheid regime of Israel responsible for the consequences of escalating tensions in Gaza.

It described the regime’s crimes against the Palestinian people as violations of international laws and United Nations Security Council resolutions.

The OIC also called on the international community and world organizations, especially the UNSC, to take measures to stop the Zionist regime’s aggression and set the ground for global support for the Palestinian nation.

The Israeli bloodbath on Friday killed more than 15 people, including an Islamic Jihad movement commander and a five-year-old child, in the city of Rafah which is located in the southern part of the Tel Aviv-blockaded Gaza Strip.

The Palestinian Health Ministry said well over 80 people had also been injured in the Israeli attack.

Secretary General of the Islamic Jihad, Ziyad al-Nakhalah said the Israeli enemy must expect a non-stop confrontation in the wake of the Friday aggression.

All resistance groups must struggle under one flag in this fight, Nakhalah said.

Israeli adventures will not go unanswered, he said, adding that the Zionist enemy bears full responsibility for the airstrike.

All Israeli cities could be in the cross hairs of resistance fighters, he added.

“We will sacrifice our blood and our weapons and we will not hesitate for a moment to respond to this aggression.”

The resistance movement Hamas said the Israeli enemy “committed a new crime” and must “pay its price”.

The resistance fighters will defend the Palestinian people with everything they have and will continue to fight until victory in all areas, he said.

Observers say Friday's airstrike will likely cause a broader military escalation in Gaza. The Israeli military has ordered an emergency in all cities and towns within 50 miles of the border with Gaza, acknowledging that resistance rockets will likely be launched against targets in occupied territories.