Role of Women in Ashura Uprising

Culture
News ID: 3480039
TEHRAN (IQNA) – The role of women in the Ashura uprising has been all positive. Not only is there the role played by unique women like Hazrat Zaynab (SA) and Umm Salama, but also there is no violence on the part of women and even the wives of some of the commanders of the Yazid army have rebuked their husbands. 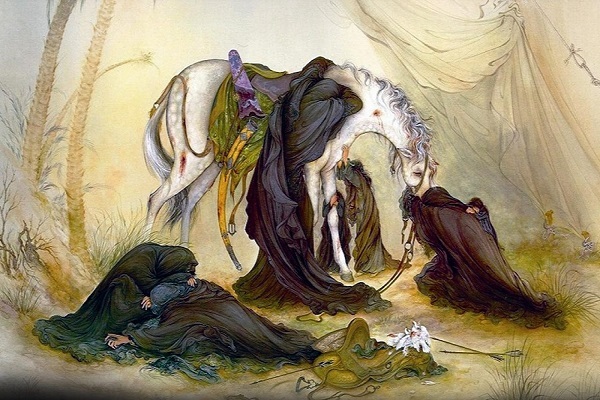 University scholar Marziyeh Mohammadzahed in an address to a forum titled “Women Who Helped Imam Hussein (AS), elaborated on the role of women in the Ashura uprising. Excerpts from her speech are as follows:

In the movement of Imam Hussein (AS) there were two groups of women. One of these groups has been mentioned in history. They were those who left Medina accompanying Imam Hussein (AS) and went to Karbala, then Shaam (the Levant) and later arrived back in Medina triumphantly. Among them was Hazrat Zaynab (SA).

The second group includes those who played a role in the movement but did not accompany the convoy of Imam Hussein (AS) to Karbala for some reasons. For example Umm Salama had to stay in Medina or the mother and wife of Hazrat Abbas (AS) were in Basra at the time. Also in this group are the wives of the commanders of Yazdi’s army. Their husbands were responsible for the tragedy but they, themselves were supportive of Imam Hussein’s (AS) path.

One of the women who played a role in the movement was Mariya, whose father and husband had been martyred in the Battle of Jamal. She was wealthy and her house in Basra became a center for receiving the companions of Imam Hussein (AS).

The women of the Karbala uprising knew their Imam well and sacrificed all they had on his path. One of them is the mother of Omar ibn Janada whose husband was martyred early on Ashura. She sent her son to the battlefield and after he was martyred and the enemy threw his son to the mother, she returned the head and said, “We won; take back a head that we have given on the path of God”.

The movement’s women were also insightful and had great awareness about the events of the time. The wife of Zuhayr ibn al-Qayn was one of them. Zuhayr was in the enemy’s army but his wife encouraged him to join Imam Hussein’s (AS) army and he was martyred in Karbala.

The women of Karbala were also successful managers who knew how to manage the situation by recognizing the strengths and weaknesses and acting best. It was thanks to how Hazrat Zaynab (SA) managed the situation that none of the children were hurt or lost in those chaotic hours and days after the Battle of Karbala finished and Imam Hussein (AS) and all of his companions were martyred.

In a dynamic Islamic society, men and women should be at the scene in all political, social and cultural affairs, including in Promotion of Virtue and Prevention of Vice.