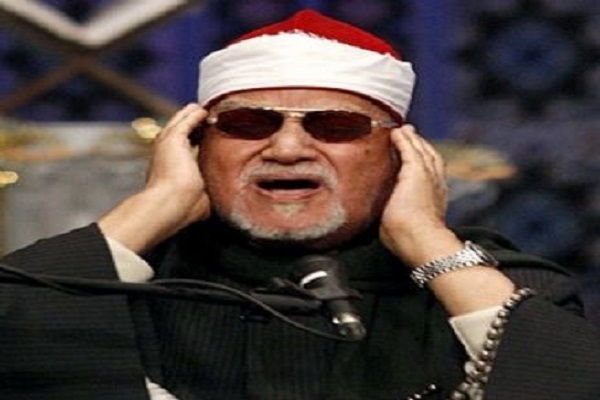 The 29th edition of the annual Quranic event is scheduled to be organized in 2023.

It will mark the 100th birth anniversary of the Quran reciter, according to his grandson Mohamed Ayvaz al-Yamani.

Gomaa recently said that the competition will kick off on February 13, 2023 and winners will be awarded in the holy month of Ramadan (March-April).

He started memorizing and reciting the verses of the Holy Quran early in his childhood.

Shoaisha gained fame as a Quran reciter as early as 1936 when he attended a Quran reciting session in Mansura city. He began reciting the Quran in Egypt's radio in 1939.

He was deeply influenced by Master Sheikh Muhammad Raf’at, an eminent reciter in the Muslim world, and initially followed Raf’at’s style of recitation. But, later on, he adopted his own exceptional style.

He had a dignified and noble recitation style. Precision and fluency in recitation and powerful pronunciation were among the characteristics of his recitation. He was the only reciter of the time who recited based on late Master Muhamamd Raf’at’s style. That is why he was a famous contemporary reciter with influential recitations.

Shoaisha had incredible mastery over the techniques of Quran recitation and was proficient in the ten-type and seven-type styles. He would always recite the Quran by Hafs according to Asim and based on Uthman Taha handwriting.

Shoaisha was the first Egyptian reciter to recite the Quran at the Al-Aqsa Mosque. He, in collaboration with other great masters such as Mahmud Ali Al-Bina and Abdul Basit Abd us-Samad, founded Egypt’s Union of Quran Reciters. In 1988, he was selected as the president of the union.

Shoaisha travelled to many countries to recite the Noble Quran. They include Syria, France, Turkey, the UK, Somalia, Jordan, Palestine, Kuwait and the Islamic Republic of Iran.