General
News ID: 3480126
TEHRAN (IQNA) – The governor of Iraq’s Karbala Governorate said a decision will be made soon on the vaccine requirements for pilgrims visiting the country in the Arbaeen season. 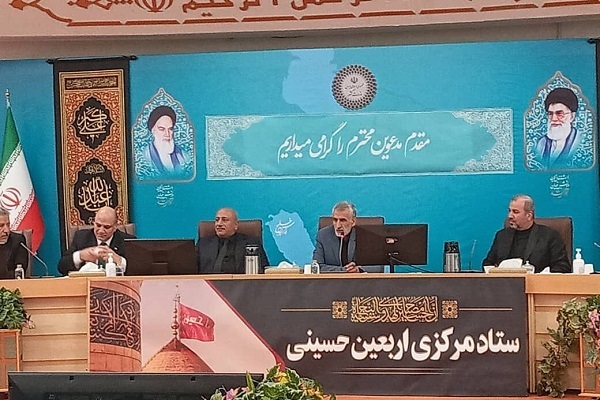 Speaking at a meeting of the Iranian Arbaeen Central Headquarters in Tehran on Tuesday, Nassif Jassim al-Khattabi said the guidelines and regulations on vaccine requirements and coronavirus restrictions will be decided on in a session of the Iraqi cabinet of ministers in the near furture.

He said all the necessary preparations have been made for hosting a large number of pilgrims that are expected to travel to Iraq for Arbaeen.

There is full coordination among all related bodies, including the prime minister’s office and the ministries of defense and interior, and others, he noted.

The two ministries as well as the Popular Mobilization Units (PMU) and security and intelligence bodies of Iraq have also devised a plan to ensure the security of the pilgrims, according to the official.

Khattabi noted that some six million pilgrims visited the holy city of Karbala during Ashura mourning ceremonies earlier this month without facing any problems.

He also said that all of the hotels, Husseiniyas (religious centers) and even homes in Karbala are ready to host Arbaeen pilgrims.

Last month, Iran’s Arbaeen Central Headquarters said receiving a coronavirus booster shot is necessary for those willing to travel to Iraq during the Arbaeen season.

It said that only those who have received at least one COVID-19 booster shot can travel to the Arab country for the annual Arbaeen march.

It marks the 40th day after Ashura, the martyrdom anniversary of the grandson of Prophet Mohammad (PBUH), Imam Hussein (AS). The day of Arbaeen falls on September 17 this year.

The Arbaeen march was held with the participation of a limited number of pilgrims, mostly Iraqis, in the past two years due to the COVID-19 pandemic.