General
The link was copied
News ID: 3480656
TEHRAN (IQNA) – A photo exhibition was held in Gaza to mark the Zionist regime’s attacks against journalists who cover the occupiers’ oppression. 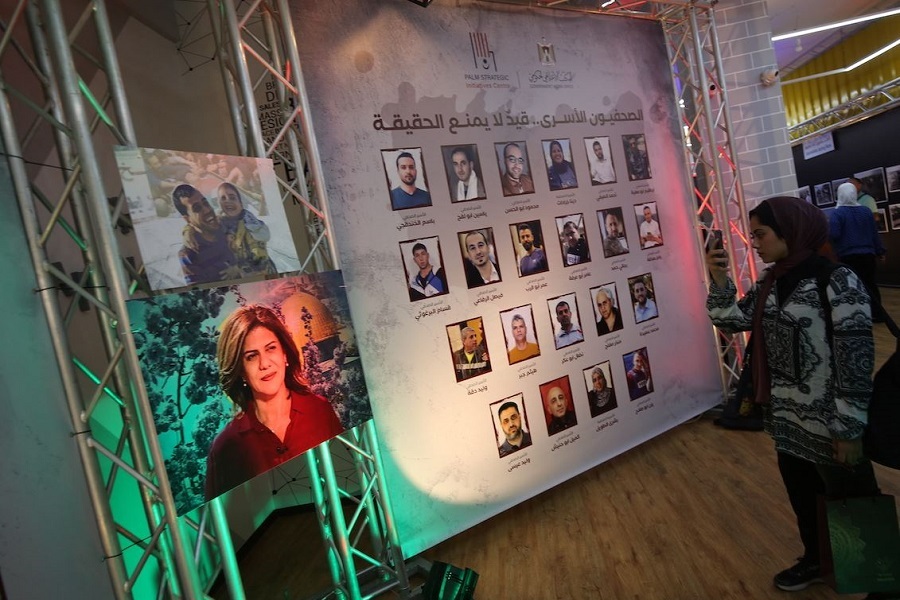 The Government Information Office, in cooperation with PALM Strategic Initiatives Centre, opened on Sunday, a photo exhibition entitled 'A Picture Story' to document the occupations' violations against journalists.

The head of the government office, Salama Maarouf, said dozens of media professionals have paid a heavy price for working to convey the truth about the occupation to their people and the world.

Maarouf added that 50 journalists have been martyred since the outbreak of the Jerusalem Intifada in 2000 to date, the last most recent of whom was Al Jazeera journalist Shireen Abu Akleh and Ghufran Warasna, noting that the occupation forces had committed 692 violations and attacks against journalists in the West Bank, Gaza Strip and Jerusalem since the start of the year.

CEO of Persatuan Cinta Gaza Malaysia, Nader Al-Nuri Qamar Al-Zaman, said that the Palestinian journalist is a model for journalists around the world as a result of the huge sacrifices they take to convey the truth and the crimes of the occupation.