General
The link was copied
News ID: 3480691
TEHRAN (IQNA) – All Arab countries’ envoys to Britain have reportedly called on the country not to move its embassy from Tel Aviv to Al-Quds. 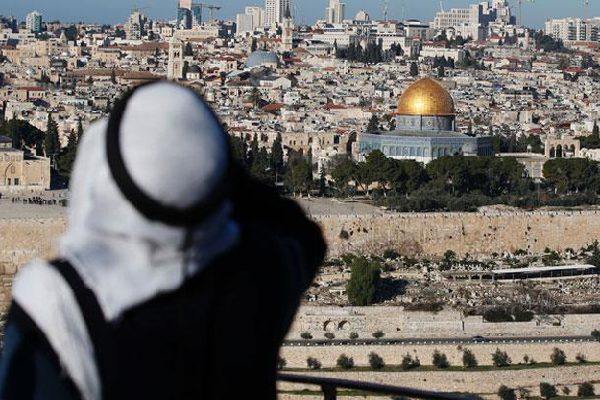 They have written a letter to UK Prime Minister Liz Truss urging her not to go ahead with the “ill-judged” plan.

The Arab ambassadors said that the plan could jeopardize talks on a free trade deal between the UK and the Persian Gulf Cooperation Council due to be completed this year, The Guardian said in a report on Friday.

The report said that although it was expected that a number of Arab countries would object to the move, the letter has the endorsement of “all the Arab countries,” including those that support the normalization deals between the Israeli regime and four Arab countries.

Signatories of the letter include the UAE and Bahrain, the first two Arab countries that normalized their relations with Israel in 2020.

Truss has announced in a letter to Conservative Friends of Israel that she would open a review of the location of the UK embassy. She also told Israeli prime minister Yair Lapid in New York last week that her office would be engaging in a review of the British embassy’s current location.

According to The Guardian, a former British diplomat described Truss as a “pound-shop Trump”, making a reference to a 2018 US decision under Donald Trump to move the US embassy to al-Quds.

“She seems to think she should ape Donald Trump,” he said. “The difference is that the US is big enough to get its way in the Middle East. The UK is not. If the UK shifted its embassy it would have a domino effect amongst some countries in the European Union, such as Hungary, but probably not, and will damage British interest in the Arab world.”

Husam Zomlot, Palestinian ambassador in London, said any embassy move would be a blatant violation of international law and the UK’s historic responsibilities.

“It undermines the two-state solution and inflames an already volatile situation in [al-Quds], the rest of the occupied territories, and among communities in the UK and worldwide. It would be disastrous,” Zomlot said.

Israel lays claim to the entire al-Quds, but the international community views the city’s eastern sector as occupied territory and Palestinians consider it the capital of their future state.

Last month, the Palestinian foreign ministry said the Israeli regime has no rightful claim or sovereignty over the occupied al-Quds, adding that the possible move by the UK would amount to “complicity in Israel’s illegal annexation of the city.”

The Palestinian resistance movement Hamas also said the relocation of the British embassy would not give any legitimacy to the Israeli regime.

“The announcement by the British Prime Minister Liz Truss about her intention to move her country’s embassy to al-Quds is a flagrant bias toward the occupying regime,” Hamas spokesperson Abdel Latif Qanou said.