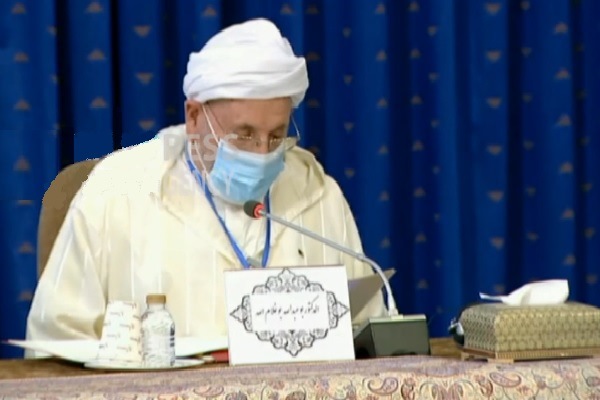 Addressing the opening ceremony of the 35th International Islamic Unity Conference, Bu Abdullah Al-Ghulam Allah said this ideology has been growing in some Christian communities, including in the United States.

He referred to former US president Donald Trump as one of those who supports this ideology, adding that he was the one that relocated the US embassy from Tel Aviv to Jerusalem al-Quds.

The scholar said one of the manifestations of this ideology is that its advocates praise certain Muslim countries’ close ties with the Zionist regime but seek to undermine close friendship among Islamic nations like Iran and Algeria.

He called on Muslims to stay away from this ideology that seeks to “Zionize” Islam as it has “Zionized” some Christians.

Elsewhere in his remarks, Al-Ghulam Allah stressed the need for Islamic Ummah’s vigilance and awakening and make the most of its human, economic and geographical capabilities and assets.

Just war and just peace, Palestine and Islamic resistance, Islamic fraternity and countering terrorism; mutual respect among Islamic schools of thought; and Ummah Wahida (united community) and a union of Islamic countries will be among the subjects of discussion, according to Shahriari.