General
The link was copied
News ID: 3480731
TEHRAN (IQNA) – The Astan (custodianship) of Imam Hussein (AS) holy shrine has sent a convoy to Samarra to provide services to pilgrims visiting the city on the martyrdom anniversary of Imam Hassan Askari (AS). 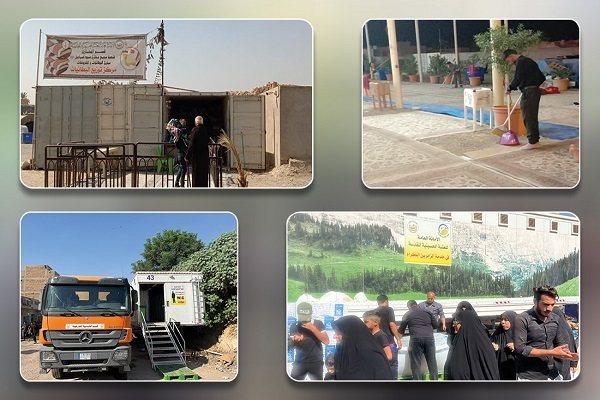 The convoy has left Karbala and is in Samarra, Saladin Governorate, said Amir Nsrallah, an official with the Astan who is in the convoy.

He said the mission has been launched at the order of the custodian of the Astan, Sheikh Abdul Mahdi al-Karbalayi.

According to the official, they provide food and drinking water to the pilgrims and help in cleaning the Al-Askari holy shrine.

Today is the 8th day of the lunar Hijri month of Rabi al-Awwal, which marks the martyrdom anniversary of Imam Hassan Askari (AS).

Samarra (Surre Mun Ra’) was a garrison town about 60 miles north of Baghdad. River Euphrates flows in the middle of the town, and because of the surrounding hills a cool breeze keeps the area cooler in comparison to Baghdad. The word ‘Asker’ in Arabic is used for army. The 11th Imam’s title became known as Askari, the one who lived all his life in a garrison town.

A large number of pilgrims have visited holy sites in Iraq, including in Samarra, Karbala and Najaf, to attend mourning ceremonies the sad occasion.