Scholar Points to Concerns, Doubts over Minorities' Participation in US Midterm Elections

General
The link was copied
News ID: 3481076
TEHRAN (IQNA) – An American scholar says there are doubts and concerns over low turnout of minorities such as Muslims and African Americans in the upcoming midterm elections. 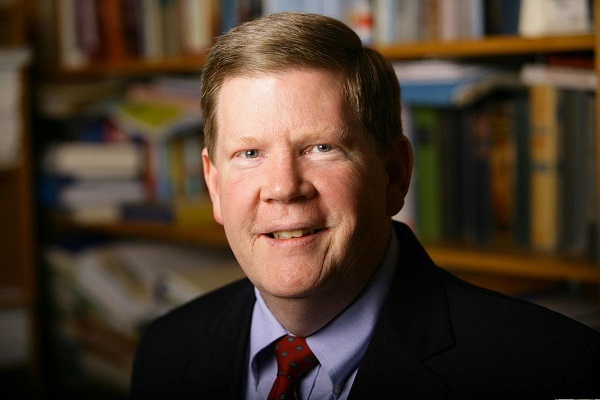 The 2022 United States elections are an ongoing set of elections that are mainly held on November 8, 2022 (Election Day). During this midterm election year, all 435 seats in the House of Representatives and 35 of the 100 seats in the Senate will be contested. Thirty-nine state and territorial gubernatorial elections, as well as numerous other state and local elections, will be contested.

Observers believe this year's elections has double importance in the domestic and foreign policy of this country given the special internal and external conditions in America.

The poor performance of the Democratic administration of Joe Biden on economic issues that have led to high inflation in this country and international issues such as the war in Ukraine has increased the Republican Party's hopes of winning a majority in the Congress.

Robert Schmuhl is the inaugural Walter H. Annenberg-Edmund P. Joyce Chair in American Studies and Journalism at the University of Notre Dame.

Following is the full text of the interview about US Midterm elections:

Schmuhl: Though the 2022 midterm elections focus on which party will control the House of Representatives and the Senate, the Presidency looms large over the campaigns this year. Both President Joe Biden, a Democrat, and former President Donald Trump, a Republican, cast large shadows over several of the most significant contests.

IQNA: Some experts believe that the Republican Party's chances of winning the majority in Congress have increased greatly due to the poor performance of Joe Biden's administration. what is your opinion?

Schmuhl: The Democrats seemed to have momentum during the summer, but that’s recently shifted to provide more encouragement to Republicans. In part, this is because gasoline prices have gone up again and inflation remains high.

Some critics of the Biden administration think there’s been too much government spending the past two years, with all of that money increasing the rate of inflation. In addition, problems at the border between the U.S. and Mexico persist. Day-to-day concerns seem to be more powerful than larger ones, such as climate change or women’s rights over reproduction.

IQNA: In the 2020 presidential election, we saw the prominent role of racial and religious minorities such as Muslims. Do you think minorities like Muslims can still cause the victory of the Democratic Party?

Schmuhl: That’s highly doubtful. At this point, Democrats are concerned that Latino voters might not offer strong support, and there’s fear the number of African American voters won’t be as large as in years past.

IQNA: What changes do you think we will see in the domestic and foreign policy of the Biden administration if the Republicans win this election?

Schmuhl: If Republicans take control of Congress, the Biden agenda will shrink markedly, especially for domestic programs. Republicans have already said they plan a number of investigations of the Biden administration’s first two years and of the Biden family.

There’s even talk of the impeachment of some high-level government officials by the Republicans. Internationally, a president has more latitude to pursue specific objectives, but even in that realm there will be friction and debate. Divided government often leads to greater division between the two major parties. In this environment, there will also be greater division among Americans.

IQNA: What is your prediction of the outcome of the upcoming elections?

Schmuhl: Increasingly, it looks as though Republicans will win control of the House of Representatives. The outcome for the Senate is more difficult to predict. It’s 50-50 now, and neither party seems to have a definite advantage at this point.