The link was copied
News ID: 3481337
TEHRAN (IQNA) – Al-Tibbyan Fi Tafsir al-Quran by Sheikh Tusi is the first interpretation of the Quran written by a Shia scholar that includes all Surahs and verses of the Holy Book. 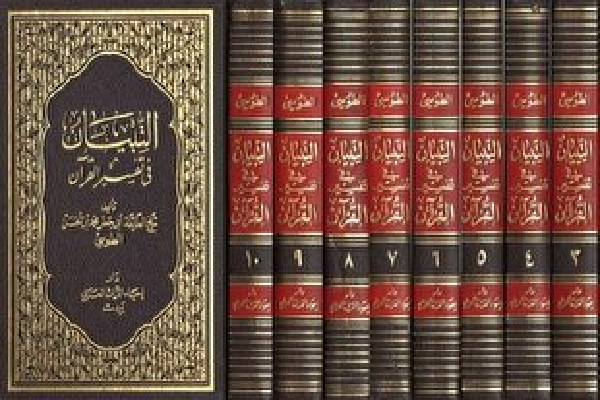 The exegesis uses various Quranic and other sciences and fields such as Hadith, Fiqh, theology, history, Sarf and Nahw (Arabic grammar).

Muhammad ibn Hassan ibn Ali ibn Hassan, known as Sheikh Tusi and Sheikh At-Taeifa, is among the most renowned Shia scholars in the fields of Hadith and Fiqh. He moved from Khorasan (now northeast Iran) to Iraq at the age of 23 to study Islamic sciences and learned from senior scholars like Sheikh Mufid and Sayyid Murtadha.

The Abbasid Caliph Al-Qaim bi Amrillah gave him the seat of teaching theology in Baghdad. He held the position until Baghdad fell to Seljuk Turks, with Tughril entering the city and burning its library.

Sheikh Tusi was among the leaders of the rationalist theology school of Baghdad and followed and perfected the method of his teachers Sheikh Mufid and Sayyid Murtadha.

He wrote books in various religious fields and had a lasting influence in Shia thought with these books and the students he trained. Ijtihad and rationalism became dominant in Shia Fiqh and beliefs due to his efforts and ended the dominance of Akhbari current after centuries. He is known as the reviver of the science of Usul Fiqh and the first scholar who caused Ijtihad to enter Fihq.

Among other features of his interpretation is offering information about difficult words, differences in reading, and Fiqh, theology, and rhetorical points.

Some believe that the main feature of his interpretation method is his Ijtihadi and rationalist approach which is different from the Hadith-based approach adopted by interpreters before him.

It seems to be the first interpretation in which the author does not only collect Tafsir-related Hadiths, but also does Ijtihad, reviewing and analysis. That is, in addition to quoting and reviewing Hadiths by the Infallible (AS) and the views and thoughts of previous interpreters, Sheikh Tusi offers his own views.

Al-Tibbyan is considered a multi-source or comprehensive interpretation. In this method, the interpreter uses sources such as the Quran, Hadiths, and intellect in his interpretation understanding.

In this exegesis, Sheikh Tusi begins interpretation of every Surah with discussing the name of the chapter, it being Makki or Madani, and its other features. He then discusses the meanings of the word, differences in reading, Sarf, Nahw and rhetorical points and then offers explanations and mentions different views.

His Fiqhi discussions in this book are mostly offered in a comparative way between different schools and denominations.