Culture
The link was copied
News ID: 3481391
TEHRAN (IQNA) – British author and translator Aisha Bewley is a Muslim convert who has contributed to the spread of Islamic thoughts in English-speaking audience. 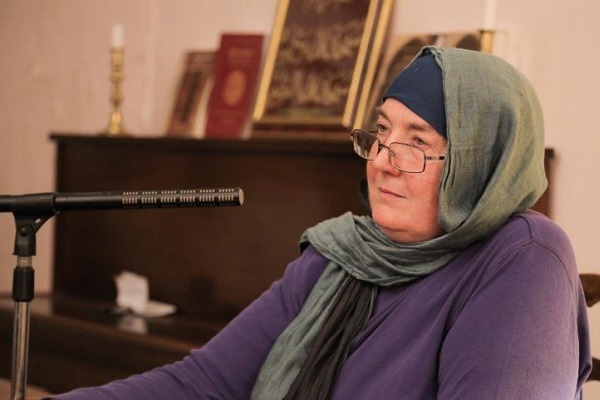 Thanks to her efforts, the Royal Islamic Strategic Studies Centre (RISSC) named her as the Muslim Woman of The Year in 2022.

Every year, the RISSC publish a list of 500 of the most influential Muslims in the world. As part of that, they also feature a Muslim Woman of the Year as well as a Muslim Man of the Year. This year, Aisha Bewley was awarded the title after being recognised for her immense work and contributions to Islamic scholarship.

Bewley has been – and continues to be – a world-renowned and accomplished translator of classical Islamic literature. After converting to Islam in 1968, she spent over five decades learning everything she could about Islam. She graduated with an MA in Near Eastern Languages from the University of California at Berkley and continued her studies at the American University in Cairo. Since graduating, Bewley has worked tirelessly to make Islamic literature available to the English-speaking Muslim community.

Her greatest accomplishment was translating the Holy Qur’an to English with the support of her husband, Abdalhaqq Bewley. Both worked on the project for several years, after which the entire translation was published as ‘The Noble Quran’.

A great deal of what she has worked on has been published for free online. Students, teachers and many reverts have taken to the internet to benefit from her resources without any charge.

As well as being a prolific translator, Bewley is well-versed in Islam’s basic teachings and history. Thanks to her many efforts in travelling and seeking knowledge, her understanding of Islam is not confined to the methods utilised in academia.

Most notable of all, Bewley has translated The Noble Qur’an in collaboration with her husband. She has also translated the Tafsir of al-Qurtubi (so far 6 volumes have been published), the Muwatta of Imam Malik, Tabaqat Ibn Sa’d and the Risalah of Ibn Zayd al-Qayrawani.

As well as being a translator, she is also an author in her own right. Covering a wide range of topics, she is the author of The Subatomic World in the Qur’an (Diwan Press, 1980); Islam: The Empowering of Women (TaHa, 1999), and Democratic Tyranny and the Islamic Paradigm (Diwan Press, 2018).