TEHRAN (IQNA) – An interfaith dialogue conference was held in Bahrain earlier this month, which was attended by Pope Francis and Al-Azhar chief Sheikh Ahmed el-Tayeb. 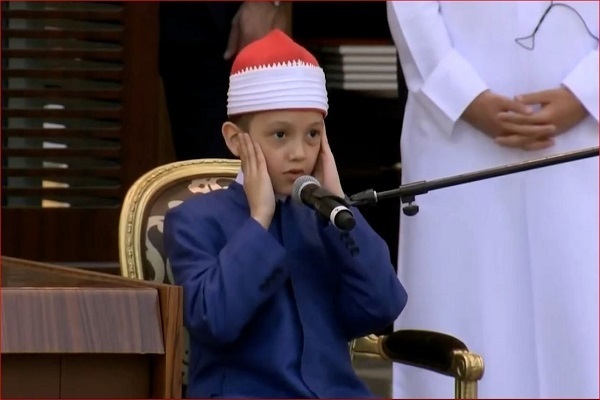 The conference was opened with recitation of the Holy Quran by a very young qari from Egypt.

Omar Ali, who is among the qaris of Al-Azhar Islamic center, recited verses 33-36 of Surah Yasin:

“Evidence (of the truth) for them is how We revived the dead earth. And produced therein grains from which they eat and established therein gardens of palms trees and vineyards and have made streams flow therein so that they may consume the fruits and whatever their hands prepare. Will they not then be grateful? All glory belongs to the One Who has created pairs out of what grow from the earth, out of their soul and out of that which they do not know.” The following footage features his recitation at the gathering: