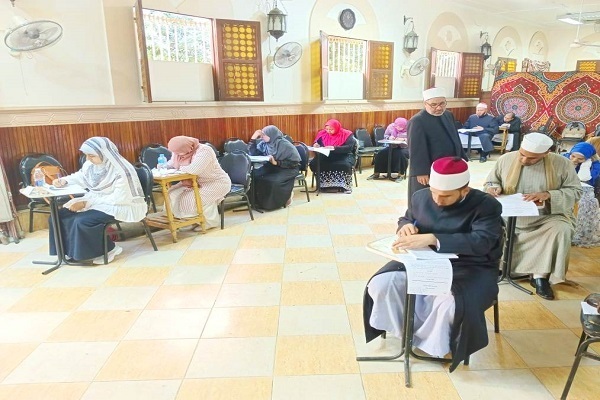 The ministry said the contest, which will kick off on Tuesday, is aimed at enhancing the Quranic knowledge and skills of the teachers, Sahafat al-Jadid website reported.

It said the Quran event will also serve to promote attention to memorization and recitation of the Quran and understanding the meanings, concepts and sublime objectives of the Holy Book.

The Al-Rahma Mosque in Cairo and mosques in five other governorates of Egypt will host the competition, according to the ministry.

It also said in a statement that Quranic circles will continue to be held in different governorates, including Gharbia, Sharqia, Alexandria, Cairo and Monufia.

The programs are organized at mosques after Asr (afternoon) prayers and include recitation of the Quran and speeches featuring Quranic sciences.

They are meant to promote attention to the Holy Quran and also elevate the level of women in society, the ministry went on to say.

Egypt is a country in North Africa with a population of around 100 million. Muslims account for around 90 percent of the country’s total population.

Quranic activities are very common in the Arab country and many of the Muslim world’s top qaris in the past and present have been Egyptian.