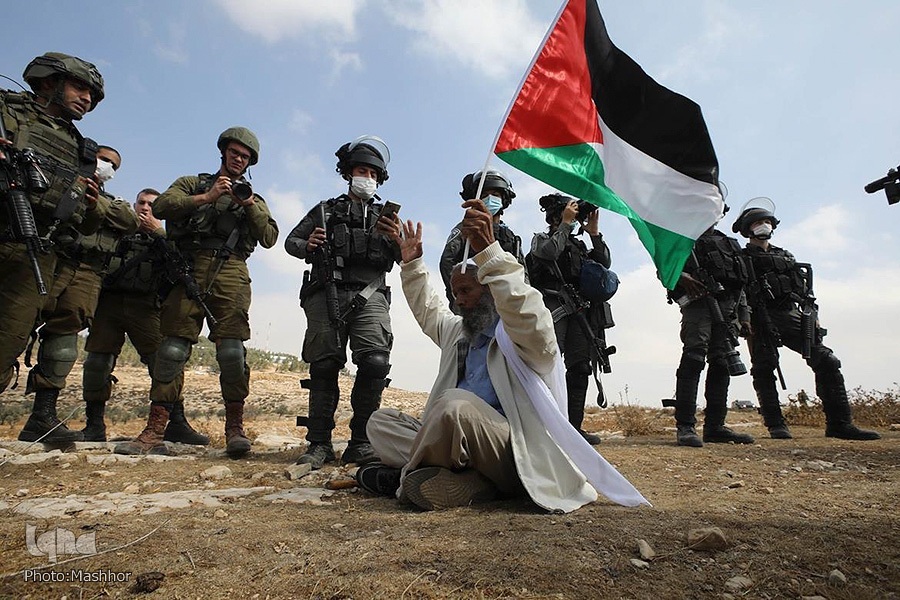 Addressing the Prosecutor of the International Criminal Court, Karim Khan, and the President of the Assembly of States Parties to the International Criminal Court, Silvia Fernandez de Gourmandi, the organizations submitted a memorandum calling for public condemnation of Israel's classification of Palestinian civil society organizations as "terrorism", and calling on the Israeli regime to reverse its decision.

The organizations demanded that the crimes committed by Israel during its unjustified military attack on the Gaza Strip in August 2022 be included in the ongoing investigation into the situation in Palestine.

Moreover, they stressed the need to speed up the investigations, which should include crimes against humanity such as apartheid and persecution pursuant to Article 9 of the Rome Statute, as well as to issue proactive statements to prevent Israeli practices that may contribute to the continuation of war crimes.

The organizations called for taking appropriate measures to prevent and deter apartheid practices.

Earlier in February, the head of a human rights group said that Palestinians, whether they live in Gaza, East al-Quds and the rest of the West Bank, or the rest of the occupied Palestinian lands, are treated as an inferior racial group and systematically deprived of their rights.

“We found that Israel’s cruel policies of segregation, dispossession and exclusion across all territories under its control clearly amount to apartheid. The international community has an obligation to act,” said Agnès Callamard.

Israel has killed more than 200 Palestinians, including more than 50 children in the occupied territories of East al-Quds, the West Bank and the besieged Gaza Strip this year.

The Palestinian Ministry of Foreign Affairs and Expatriates urged the UN to adopt measures to protect the population of the occupied territories from the increase of Israeli attacks.

In a statement it issued, the ministry called to pressure Israeli apartheid authorities in order to stop the violence of the Israeli army forces and the settlers, saying “these violations amount to war crimes and are within the framework of the official escalation of Israeli aggression against our people and their rights.”

Touching on the arrival of a new Israeli far-right government headed by Benjamin Netanyahu, the statement warned of the hawkishness of such a government, as Netanyahu proved to be extremely aggressive towards Palestinians in his previous terms.

The ministry also said that Netanyahu’s allies are fascists, with a markedly anti-Arab and racist discourse, especially the Religious Zionism party.

Palestine has been witnessing a sharp increase in coordinated and armed settler attacks, under Israeli army protection. More than 400 Palestinian properties were damaged in more than 500 attacks this year until October 10.

It is worth mentioning that more than 250 illegal settlements have been built since the 1967 occupation of the Palestinian territories of the West Bank and East al-Quds.