The link was copied
News ID: 3481532
TEHRAN (IQNA) – Yusuf (Joseph) has been described as a prophet who had a good-looking face and was cognizant and knowledgeable. 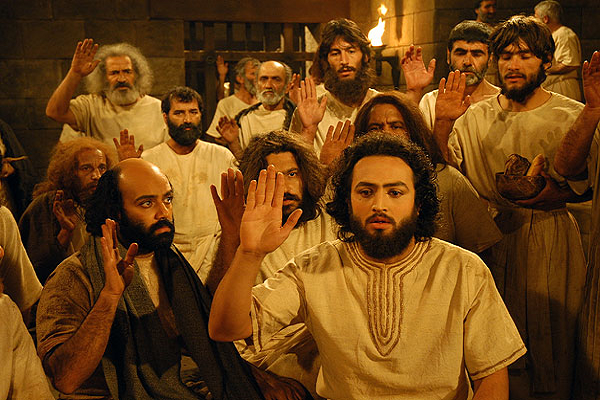 With his knowledge of interpreting dreams, he managed to predict a famine in Egypt and manage it in such a way that people could endure seven years of famine without serious problems.

Yusuf (AS) was among the prophets of Bani Isra’il. Yaqub (Jacob) was his father and his mother’s name was Raheel. He had 11 brothers. Benjamin was his full brother and the others were half brothers.

The Holy Quran describes Yusuf (AS) a one of God’s pure and pious servants. His name is mentioned in the Quran 27 times and the 12th Surah has been named after him.

In Surah Yusuf, the story of his life has been presented in detail. The Quran calls it Ahsan al-Qasas (the best of stories). It gives details about Yusuf’s childhood, how his brothers threw him into a well, how he was sold as a slave to the ruler of Egypt, the story of Zuleikha, how Yusuf was thrown into jail, his meeting with his brothers and father, and how he became the ruler of Egypt.

Yusuf (AS), who had the signs of prophethood since being a child, was given special attention by his father and that led to his brother’s envy.

One of the major events in Yusuf’s life was the dream he had. He dreamed that the sun, moon, and eleven stars bowed low before him. His father, who knew interpretation of dreams, urged Yusuf not to tell anyone about it because it pointed to his status as a prophet and if others learned about it, that would provoke their jealousy.

The brothers’ envy was such that they threw him into a will and told Yaqub (AS) that a wolf had devoured him.

A group of people passing by saved Yusuf (AS) from the well and then sold him as a slave to the ruler of Egypt. Then Zuleikha, the ruler’s wife, fell in love with Yusuf (AS) and after his refusal to join in an adulterous relationship with her, she accused him of unfaithfulness and he was thrown into jail.

After some years, Yusuf (AS) proved his innocence and was released from prison. He then became  popular with the ruler after interpreting the ruler’s dream and providing plans to resolve the issue of famine in Egypt.

He managed the efforts to face the famine in such a way that Egypt and nearby lands did not face any major problems during the seven years of famine.

When Yusuf (AS) turned 120, God ordered him to hand the light and Hikma (wisdom) that he had over to Babraz ibn Lawi bin Yaqub.

He summoned Babraz and other children and grandchildren of Yaqub (AS), who were around 80 men at the time, and told them that a group would soon overcome them in the near future and prosecute them before God saves them via one of the sons of Lawi named Moses (AS).

After Yusuf (AS) died, every group of people wanted to bury him in their own neighborhood. In order to prevent clashes, they put him in a marble box and buried him in the Nile. Years later, Prophet Moses (AS) removed his body from there and buried him in Palestine.