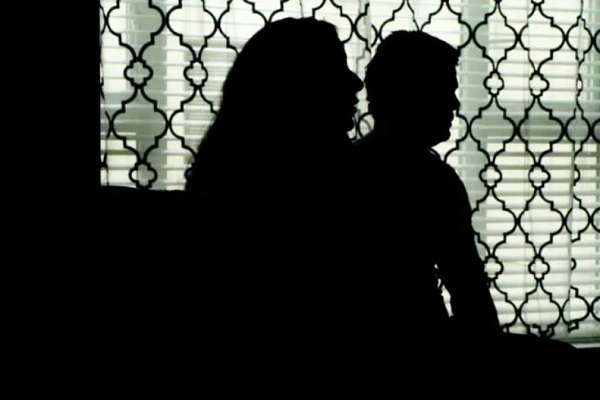 On Nov. 30, the woman and her daughter parked in the parking lot of Wings restaurant in Burnaby, B.C., to purchase groceries from a store across the street. It had snowed the night before and there was no street parking.

Because it was her first time to see snow, the woman took out her phone to start filming. In the video, the daughter can be seen leaving the car. A man then approaches the woman, who is left inside, and begins to tell her she can't park there if she's not a customer.

Despite the woman informing the man she doesn't speak English, he continues to berate her, becoming increasingly aggressive. Then he starts to take issue with her hijab.

"Your hat shows you're bad because you're following stupid rules," he is heard saying in the video. In between, the woman is heard trying to respond.

"You say, 'I don't understand.' You're full of shit," the man continues to say. "You're a liar and a hypocrite."

The family, whose identity CBC News has agreed to keep confidential to protect them from further abuse, said they shared the video with CBC to spread awareness, in hopes of keeping others from being similarly targeted.

'This is not the Canadian way': victim's son-in-law

The woman arrived earlier that week to spend time with her daughter and son-in-law. It was her first time in Canada.

Leading up to the visit, the daughter said she had been telling her mother about the country and how friendly people were.

"It felt so bad to be here for two days and to have the incident happen," her daughter told CBC in an interview.

"When he found that she doesn't speak English, I think he felt it was an opportunity to speak all this racist ideas," she said.

"He felt like he could just say anything he wants."

The couple have lived in Canada for many years and have always felt safe.

But seeing how their mother was treated left them shocked, angry and hurt.

"I'm a proud Canadian. My wife too. This is not the Canadian way. This is not how you treat visitors and immigrants," the woman's son-in-law said.

"But, to be honest, Islamophobia is very real in Canada."

The Burnaby RCMP says it is investigating the incident and working to identify the suspect.

Anti-Muslim hate crimes on the rise

Hate crimes against Muslims rose 71 per cent in Canada in 2021, with 144 police-reported incidents according to Statistics Canada.

That increase in racism has been felt locally in B.C. as well, according to Haroon Khan, a trustee at the Al-Jamia Masjid Mosque in Vancouver.

"We see it time and time again," he said.

Souraya says more needs to be done to curb Islamophobia and racism through a collective approach, with help from all levels of government and agencies.

"We really need government and police … to tackle this and be assertive and say, hate is not something we are going to tolerate in Canada," she said.

Souraya and Khan say anyone who experiences racism or Islamophobia should report it to police.