General
The link was copied
News ID: 3481593
TEHRAN (IQNA) – A group of British Muslim men have accused the country’s police of mistreating them like “terrorists” at the time they were arrested over anti-Semitism accusations which were later dropped. 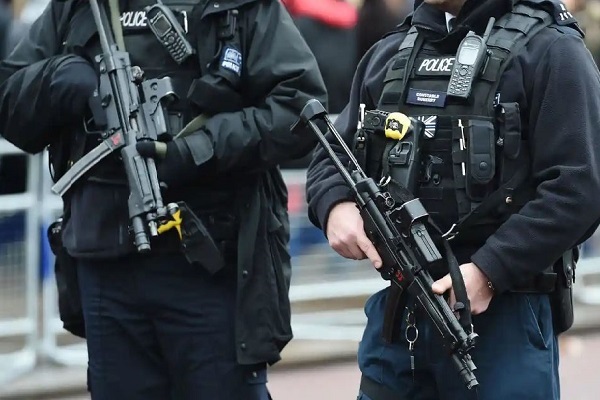 Adil Mota, Mohammed Hanif, Asif Ali and Jawad Hussain were charged with shouting slogans against the Jewish people in May 2021 when they travelled from Blackburn to support a protest in support of Palestine. At that time, Israel was bombing Gaza and hundreds of Palestinians had been killed in the bombing, leading to widespread protests in the western capitals including large-scale protests in London.

The four Blackburn British Muslims were charged with using “threatening, abusive or insulting words, or behaviour, with intent, likely to stir up racial hatred” against the Jews. They were arrested over a viral video that showed cars draped with Palestinian flags driving through a Jewish community in northern London with participants shouting antisemitic slogans and rape threats against Jewish women.

The four remained on charges for nearly 18 months but last month charges were dropped against all fours after the Crown Prosecution Service (CPS) announced there was no realistic prospect of success.

Speaking for the first time, three of the accused have shared how their lives were turned upside down by the horrendous experience. Accompanied by Blackburn-based criminal law solicitor Ghaffar Khan, the three alleged that the police treated them horribly and didn’t care for their rights when arresting them and onwards.

All of them said that the police vehicles carrying anti-terrorism personnel remained parked outside their homes for nearly two months, causing embarrassment and humiliation to them in the local community. They alleged that the police ransacked their homes and took away irrelevant belongings which have not been returned till now, even the charges have been dropped.

Adil Mota said: “I was made to stand outside in the rain for 30 minutes and I suffer from asthma. They kept me and others out in the cold. It was freezing. They manhandled us, treated us like terrorists.”

Hanif said: “For two to three weeks the police were coming to our houses daily in Blackburn. The whole thing was based on anti-terrorism issue. The police jumped to conclusions. They were knocking on our doors at all hours to harass us in the name of checking on us... whether we were home or not. They forced their way into my house... They put all my family in one room to do searches.”

He said the police used sniffer dogs on him. I was shocked when the police put sniffer dogs on me ... I have a phobia of dogs. Our whole life was put on hold. People who will not get to know the outcome will assume we are guilty of these offences. Rather than thoroughly investigate the incident, the police were under political pressure from the Prime Minister’s Office on the day of the incident when the video was shared on all social media platforms.”

He revealed they were all in the same car when the police swooped on them just outside of London as they were making their way to Blackburn after the protest. “There were police helicopters involved. There were armed policemen from the anti-terrorism unit. I believe there were over 100 policemen with sniffer dogs and masks holding guns at us. We all were in the same car when we were dragged out. The police were wearing body cams. We were taken into separate cars.”

He stressed he had Jewish friends and he has never been anti-Jewish.

They said they have lost jobs and nobody is prepared to hire them because their names were splashed across the media over the allegations and they were declared of crimes they never committed.