Social
News ID: 1411878
Approaches to reach mutual understanding of Islam and Christianity will be investigated in a forum to be held by the Iranian Cultural Center in Bosnia and Herzegovina. 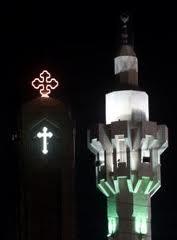 According to IQNA’s branch in Europe, the capital city of Sarajevo will host the two-day program on June 10 and 11.

It will be organized in cooperation with the Center for Dialogue among Religions and Civilizations affiliated to the Islamic Culture and Relations Organization.