General
News ID: 1417664
Grand Ayatollah Ali al-Sistani has called on the Iraqi people to keep away from sectarian tensions at a time when the country is in crisis. 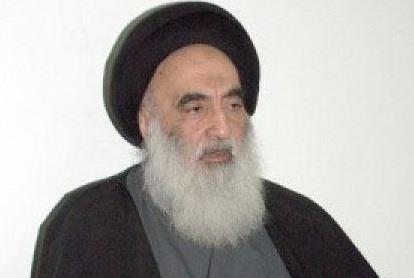 The prominent Shia cleric urged all Iraqis to try to strengthen unity and friendship in the country, Noon news agency reported.
He warned against any sectarian or ethnic actions that could be to the detriment of the Iraqi nation.
Ayatollah Sistani on Friday issued a Fatwa (religious decree) calling on Iraqis to fight the Takfiri terrorists in the country.
The Fatwa came as Iraqi army and security forces continue their battle against the so-called Islamic State of Iraq and the Levant (ISIL) terrorists.
The ISIL is an Al-Qaeda offshoot that is also active across the border in neighboring Syria.
The terrorist group has attacked several cities in north of Iraq and threatened to take their acts of violence to other Iraqi cities, including the capital, Baghdad.
Ayatollah Sistani in his Fatwa called on people to take up arms and defend their country against the ISIL militants.
Iraqi men from all walks of life have been flocking to recruitment centers to join the army in its fight against the ISIL extremists.
http://www.iqna.ir/fa/News/1417598