National Colloquium on Life Values in Quran Kicks Off in Oran, Algeria

Culture
News ID: 2705076
TEHRAN (IQNA) - The works of the national colloquium on "The values of life in the Holy Quran" started Monday in Oran which holds, for the first time, "The national week of the Holy Quran." 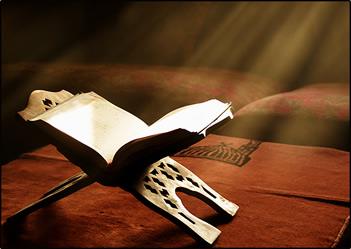 The opening ceremony took place in the presence of Ministers of Religious Affairs Mohamed Aïssa, Mujahideen Tayeb Zitouni, Relations with parliament Khelil Mahi and Public Works Abdelkader Kadi, in addition to several ambassadors of Muslim countries.
The agenda of this four-day colloquium focuses on themes relating to the problematic of this edition. Many ulema, researchers and academicians will discuss the moral aspect of the Quran, mainly in terms of respect for humans, tolerance, the culture of peace and the acceptance of other people.
Some participants will also tackle the issue of human dignity in Islam, the position of religion in the social life, the role of health and security facilities in the protection of human life and citizenship.
Meanwhile, a national competition on the Quran (recitation, psalmodies and exegesis) will be organized with the participation of 45 competitors aged between 15 and 25 years.
The program for this event includes readings of the Quran, Inchad, an exhibition of manuscripts of the Holy Book, a campaign of mosques cleaning, reforestation operations and a blood collection campaign.
Source: Allafrica