Female Winners of Qatar’s Quran Competition to Be Honored 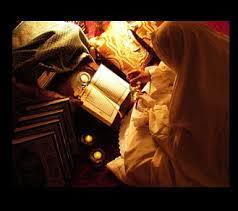 According to Al-‘Arab newspaper, the main objective of the center is to encourage women of the country to participate in the next editions of the competition, learn the Holy Quran, memorize it and cooperate in development of Quranic Islamic identity in the female generation.

Among the activities of the center are the organization of courses on Quran reading, memorization, Tajweed and Quranic instructions for women.

A series of Quranic courses titled “Al-Ghaidah Al-Nuraniyah” has also been organized by the center for non-Arabic speakers in different age groups.

The center was opened in 2009 in Ain-ul-Khalid region under the supervision of Qatar’s Ministry of Awqaf and Islamic Affairs.

The preliminary stage of the competition was held from December 20 to 25, 2014 with 1819 participants from Quranic centers affiliated to the Dissemination and Religious Guidance Office of the ministry.

Men’s competition was held at the Research Center of Dissemination and Islamic Sciences in Al-Wa’ab region and female participants competed at the Quran Center of “Bint Muhammad Museum”.