General
News ID: 3461217
TEHRAN (IQNA) – To combat the stereotyping and fear, Shaheen Akhtar, interfaith liaison at Wayland's Islamic Center of Boston, has spent her weekends over the past year visiting libraries and community centers around MetroWest to introduce the core tenets of Islam. 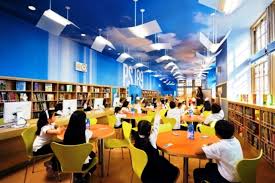 On Sunday, Akhtar took the talk to Natick's Morse Institute Library to continue her educational tour.

Much of the program involved a brief history of Islam as an Abrahamic faith. But shifting to politics, Akhtar contrasted the religious teaching of Islam with the violent politics of Daesh (ISIL or ISIS) and cultural differences of predominately Muslim nations.

"We always hear this refrain of where is the Muslim condemnation (of terror)? Of course we denounce these heinous acts, it grieves us to see loss of lives," she said. "But somehow this all gets linked to Islam as if Islam is inherently a violent religion. In the battle against ISIS only the radicals should be the enemy, not Islam and all Muslims."

Maureen Nguyen, a parishioner at St. Paul's Episcopal in Natick, said she was excited the event was held and hoped to see more about Islam taught in schools so people better understand the religion.

However, Natick resident Bob Bernstein, 65, said he didn't feel like he got much out of the talk as much of it was old information to him.

"We stereotype and put people in containers because it's convenient," said Bernstein, who has experienced discrimination for being Jewish. "You shouldn't have to represent your whole ethnicity but that's what we've got to do."